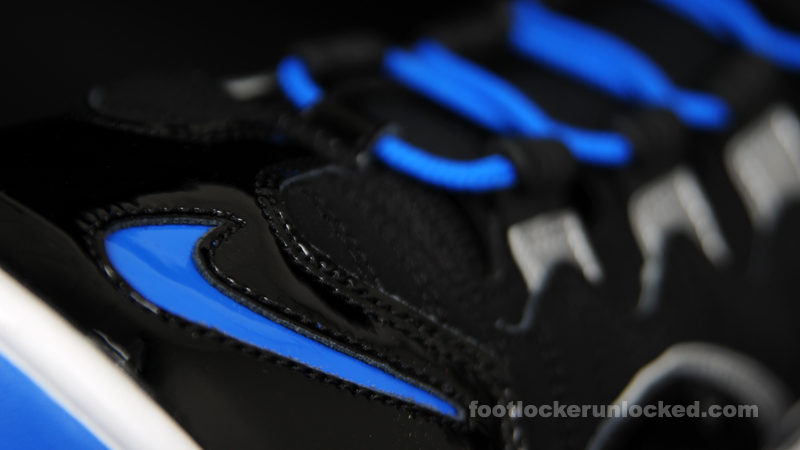 Courtesy of our friends at Foot Locker:

A pair of old-school kicks dropped in House of Hoops stores today in the Nike NBA Draft Lottery Pack. The Air Max Sensation and the Air Max Pippen make up the collection with colorways inspired by the teams that originally drafted Chris Webber and Scottie Pippen. Webber was the first overall pick in the 1993 NBA Draft by the Orlando Magic – their second top pick in a row. The Magic drafted Shaquille O’Neal first overall in the 1992 Draft. Though they already had their big man, the Magic had no choice but to take the best available player in the 1993 Draft and selected Webber. O’Neal and Webber would have made a devastating front court but they didn’t remain teammates for long. Orlando traded Webber’s rights to Golden State for the rights to the third pick in the draft, Penny Hardaway, and future picks. Nonetheless, the Air Max Sensation sports a Magic soar blue and metallic silver colorway in honor of their selection.

Scottie Pippen was drafted with the fifth pick in the 1987 draft by the Seattle SuperSonics. Like Webber and the Magic, Pippen never suited up for Seattle. He was traded to the Chicago Bulls for Olden Polynice and future picks and the rest is history. Pippen went on to have one of the most successful careers in NBA history becoming a crucial piece in Phil Jackson’s triangle offense alongside Michael Jordan. However, as a draft pick of Seattle the Air Max Pippen has received the SuperSonics treatment. In a white/varsity maize/court green colorway, Pippen’s signature shoe has become an eye grabber. A mostly white upper is accented by a maize and green design along the side. Court green is also found on the outsole, inner lining, and tongue tab while there are maize accents on the Air Max bubble structure.