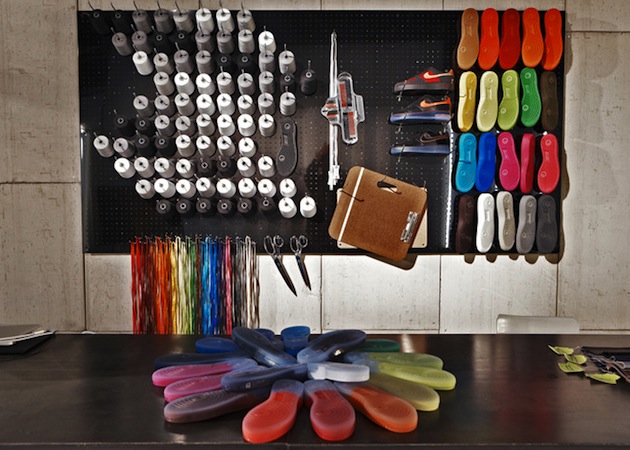 For a limited time, Nike has opened “Pivot Point,” a pop-up shop at Barclays Center in Brooklyn that will serve as central command for all things Air Force 1 this season—a big one for Nike, since it’s celebrating the 30th anniversary of the AF1.

True to form, the Nike team is celebrating in style. Inspired in design by the original AF1, the Pivot Point space offers an array of Nike products, even beyond sneakers, like Nike Lunar Force 1, NIKE+ FuelBands and Nike Bespoke, but the experience is by appointment only, per Nike.

Earlier this week, Nike hooked us up with a behind-the-scenes look at the space—in anticipation of Tuesday’s AF1 Digi-Camo drop—including a light shootaround at the Barclays practice court and an appearance by none other than Nets superstar Deron Williams, who said his Air Force One choices “change with the seasons.”

If you’re headed to a Nets game this season, carve out some time to hit Pivot Point, or head to the BK on a non-gameday for a personal experience. Trust us, it’s worth your time.

In 1982, Nike introduced the world to the Air Force 1, forever revolutionizing the sneaker industry, whether the founding fathers of the Force knew it or not. At the time, the Air Force 1 was considered the most advanced basketball shoe on the market. Three decades later, it remains among the Swoosh’s top-selling sneakers every single year—and Rasheed Wallace still rocks it on the court.

And while the emblematic white-on-white edition is far and away the most popular, thousands of iterations have appeared over time, in colors extravagant and plain, to match every style under the sun.

This year, in honor of the Air Force 1’s 30th birthday, Nike is celebrating with a tech-inspired tune-up as enticing to the collector as it is to the concrete soldier.

“At Nike, we constantly challenge ourselves to use modern innovations to make our classics newer and better,” says Marc Dolce, Design Director for Nike Sportswear. “It’s not about replacing a classic but expanding the silhouette to keep it relevant for the needs of today.”

Indeed, it’s the inner workings of the Lunar Force 1, not the outer, that will have sneakerheads buzzing. Among the modifications to the original AF1 are the influx of Lunarlon cushioning in the midsole and outsole to enhance flexibility and reduce weight, the addition of a Nike Zoom Air pocket to support the heel and the introduction of Hyperfuse technology to fuse three layers of construction into one lightweight composite. The shoe’s shape remains largely unchanged—except for the striking, reflective swoosh—as does the appeal of the classic all-white colorway.

Dolce calls it “a flawless blend of innovation and style.” Most importantly, even with its technological advances, the Lunar AF1 is every bit the uptown sneaker of its predecessor. “Every attribute that made the original Air Force 1 a coveted staple remains, like the clean lines and ability to pair with any outfit,” he adds.

Then again, this ain’t your daddy’s Air Force 1. And it ain’t alone. In fact, it’s just one piece of the puzzle.

“At first glance you might think the Nike Lunar Force 1 is an attempt to replace the classic Air Force 1,” Dolce explains. “This couldn’t be further from the truth—instead, the Nike Air Force 1 is evolving from a single icon to a family.”

The Lunar Force 1 will team up with the Air Force 1 Foamposite, Air Force 1 Boot, Air Force 1 Downtown and Air Force 1 Comfort to make up Nike’s “Family of Force,” a new generation of updated designs dropping over the next several months.

Because at Nike, “It’s not about replacing the past; it’s about dominating the future.”

Pivot Point is located at 620 Atlantic Avenue, Brooklyn, NY 11217 and will open to the public beginning Dec. 11 through Dec. 23 from 12 PM – 7 PM daily. In addition, Nike designed a 32x24x12 interactive LED lit Nike Air Force 1 30th Anniversary shoebox placed in the plaza of the Barclays Center. Visitors wearing Nike Air Force shoes will gain immediate entrance to the shoebox where their photo will be taken and can be shared through social media. Images via Nike. 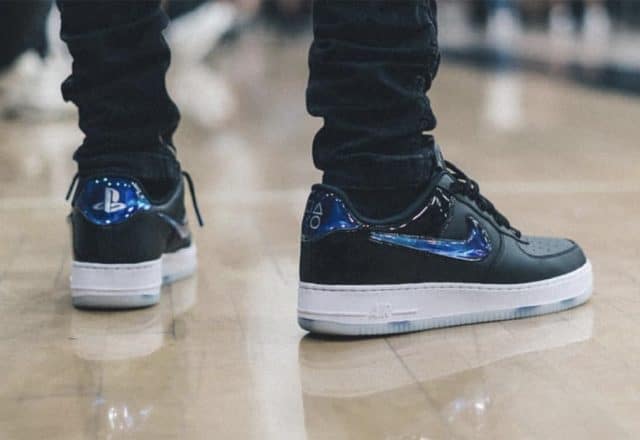 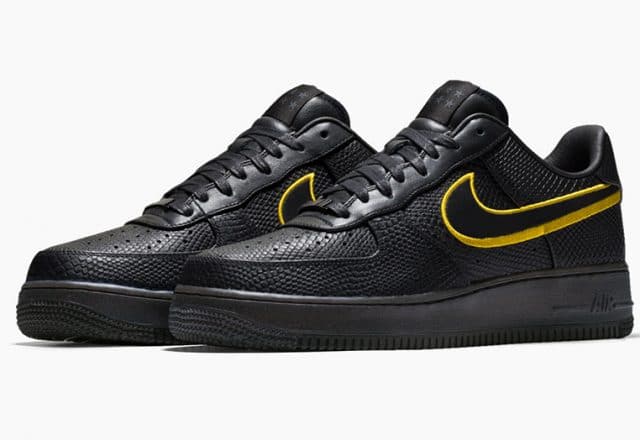 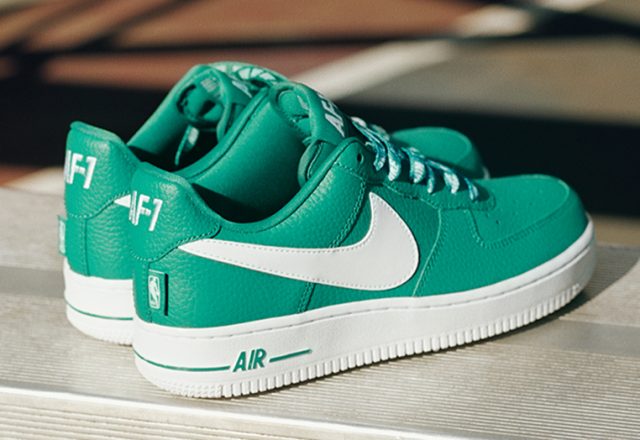 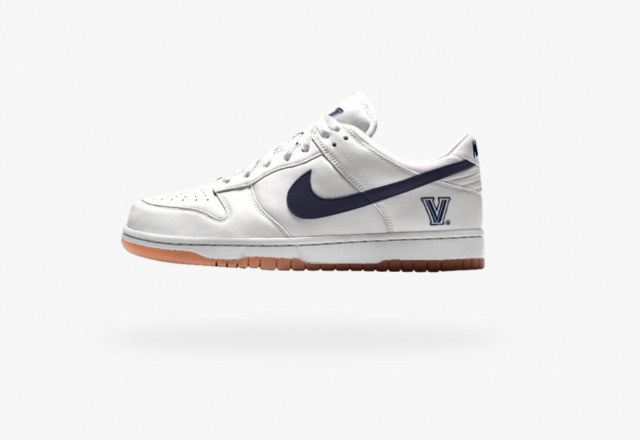 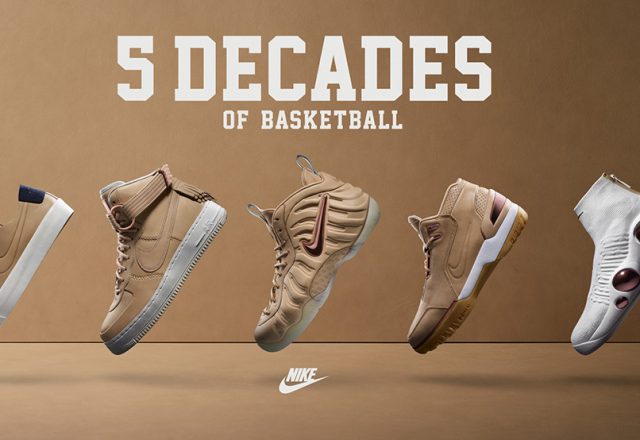 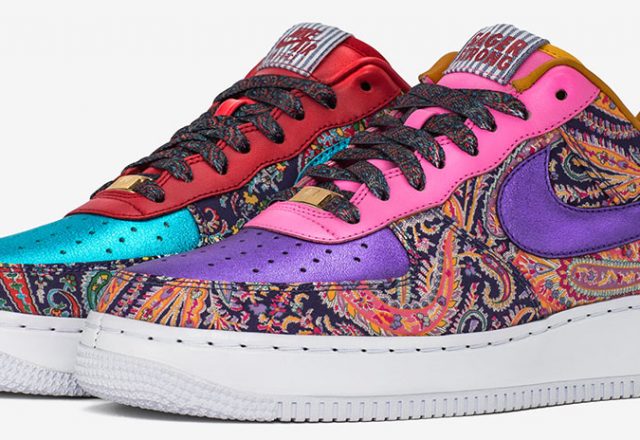 The SagerStrong Nike Air Force One