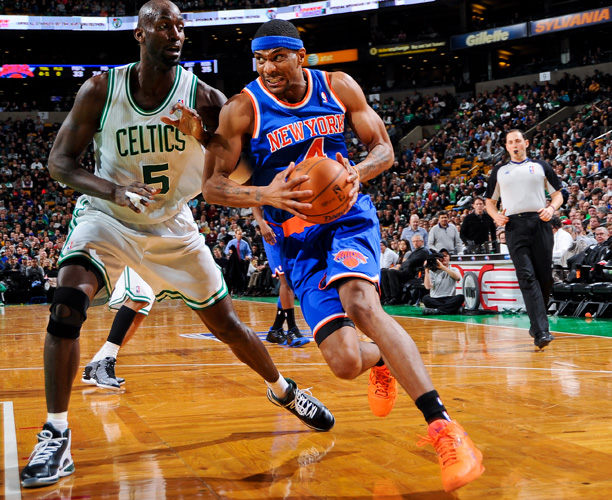 When the NBA announced its contestants for All-Star’s flight show this afternoon, only one word needed to be said: Finally.

Knicks forward James “Flight” White was on the list. White—owner of handfuls of the most memorable, viral crams the Internet has ever seen—has dominated dunk contests across the globe. At 30, White’s the oldest player to participate in the NBA’s Dunk Contest a minute, but White says he still has “dunks from the free throw line and all that stuff in my back pocket.” So, in short, this won’t even be fair.

K1X caught up with the high-flyer for a short interview on his selection to the Dunk Contest.

K1X: What does the selection to the Slam Dunk Contest during the All-Star Game in Houston mean for you personally?

James White: It’s an honor just to be involved with the NBA at all. But to be honest with you, I have been waiting for this opportunity my whole life. Pretty much ever since I participated in my first dunk contest.

K1X: You have been doing your thing in Turkey. In Russia. In Italy. Now Houston is up next. Do you feel like you have come full circle?

K1X: Did you prepare for it? Or do you know which dunks you’re going to do?

JW: To be honest, I never practice dunks. I just do whatever comes to my mind.

K1X: But when do you decide what you want to do? Do you decide in mid-air? Granted, you do have a little bit of time up there.

JW: [Laughs] I have a general idea of what I want to do when I take the ball and get ready to jump. Everybody knows that I have the dunks from the free throw line and all that stuff in my back pocket. I can always pull those out. I watch what my competition does in the dunk contest and then decide which of my dunks I will do. I have about five dunks where I’m absolutely certain that I will get a 50 on those. So it’s just a matter of when to use which of those dunks.

Have fun out there doing it. That’s the most important thing though. If you think to much about it you will never be loose enough to get it done.

K1X: You told me you try to dunk as rarely as possible now. Have you been saving your dunks?

JW: [Smiles] Yeah, I’m a little older now (30). I just try to save my legs as much as possible and not dunk on every occasion. For example, I stopped dunking during warmup before the games and just do lay-ups instead.

K1X: But the bounce is still there?

JW: Oh yeah. No doubt. I can still get up there.

K1X: You were a pretty successful track athlete in high school and college.

JW: I guess you can say that. I won the state championship in high school in long jump, high jump and the triple jump. And when I went to Florida, I walked on the track team there.

K1X: And technically you would have qualified for the Olympics, right?

JW: That’s right. When I went to Cincinnati, I did the high jump in long jump in the offseason. And with the long jump, I met the Olympic standard but never pursued that path any further.