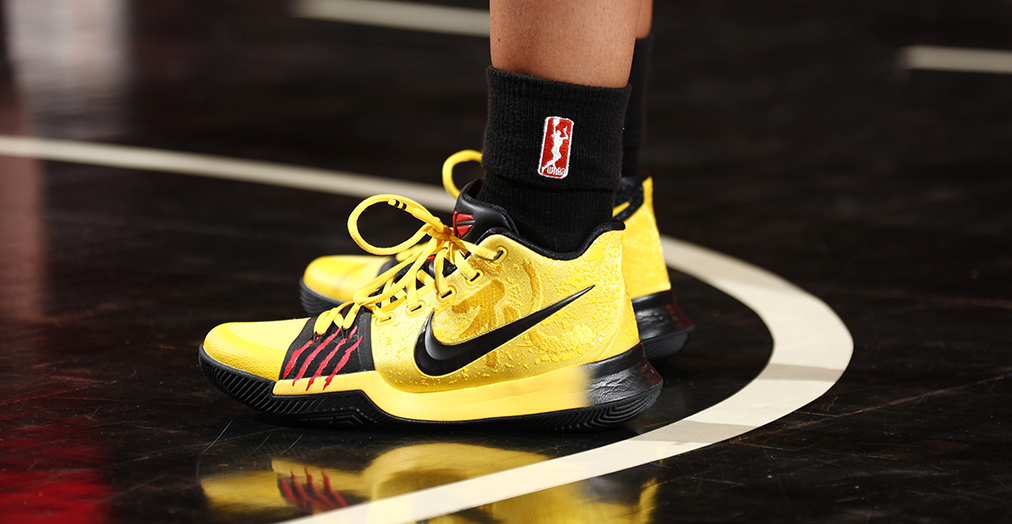 Calmly, slowly, with her head held high, Kristi Toliver walked onto the court at Madison Square Garden. She made her way across the hardwood and sat down on the baseline, sipping from a bottle of water while her teammates warmed up. Toliver, still taking her sweet time, cooled it there for a minute, allowing all the photographers at the Garden to get a clean shot of her brand new sneakers, the Kobe x Kyrie 3 “Mamba Mentality.”

“I wore Kobes for eight years and then I had to switch over to Kyries because I needed a higher shoe,” Toliver said shortly after she was done stunting. “So when this came out, I told the Nike rep, ‘Hey, I need those,'” she laughed. “I’m thrilled. It’s my two favorite shoes put together. They’re awesome.” 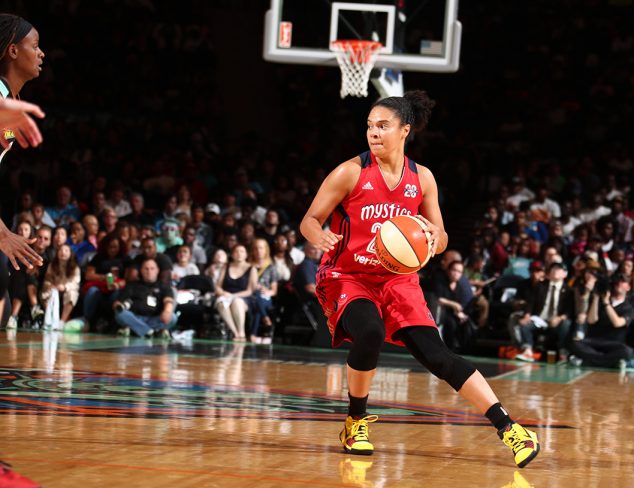 The upcoming Kobe x Kyrie collab is a tribute to Bruce Lee. The superstars both take inspiration from Lee’s life motto, to “Always be yourself. Express yourself. Have faith in yourself.”

Kobe and Kyrie have formed a bond with each other in recent years, with Kyrie trying to adopt Kobe’s killer instinct. They teamed up on this special colorway that features Bruce Lee’s famous yellow and black combination, four red slash marks and a fused “Kyrobe” logo on the tongue.

It might’ve been the sneakers that led Toliver to singlehandedly dismantle the New York Liberty. She scorched the home team for a season-best 32 points and a WNBA-record nine three pointers, leading the Mystics back from a 14-point deficit.

“I’ve never witnessed something like that,” Toliver’s teammate Elena Delle Donne said after the game. “To be on the court and on the right side of it was unreal. She was unconscious.”