The Court Is A Battlefield 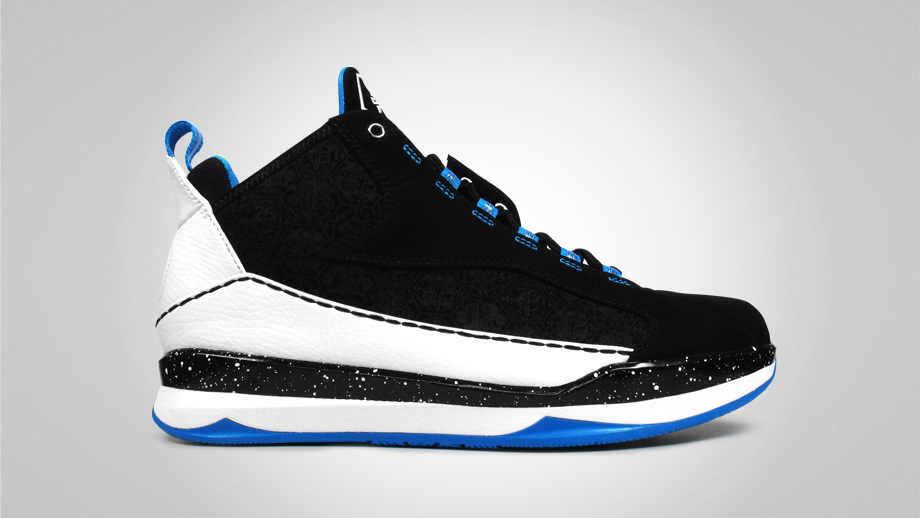 Just like certain events dictate how you’ll dress (job interviews, weddings, hillbilly jamborees, etc.), I’ve always felt that the type of game you’re playing in should dictate what you wear on a basketball court.

I like to save my best sneaks for the big games: rec league playoffs, the rare occasions where I get to play with the guys I grew up with, or if I know I’ll be seeing another sneakerhead on the court. You can’t just go around with your best Jordan XIs all willy-nilly. To me at least, the big shoes need to have a moment of some kind to tie into.

While it’s cool to have the A-list sneakers for those big moments, this hierarchy creates another issue, in choosing what to wear in your day-to-day sessions on your favorite courts. There are all kinds of obstacles you could encounter on the court on any day of the week.

A dusty floor, overly physical defenders and rebounders (you never want your nicest kicks scuffed and dirtied, right?), or the possibility of getting on the court and staying there for a good, long run — they all require something specific. Generally, I don’t want my A-list sneakers for these kinds of games. There’s a certain type of shoe you need here. I’ve always called them my Go To War Shoes.

Aesthetically, they can be relatively simple, but they perform at a high level. And in the same way that A Tribe Called Quest still works its way into your playlists, these shoes are timeless.

Case in point: At the top of my Go To War list are my Nike Ultraflights. I picked them up at a Nike outlet in Las Vegas in 2003. The shoe is sturdy, lightweight, comfortable and considering the use it’s gotten in the last six years, it still looks good. I did a story in 2005 where I took part in my university basketball team’s open tryout. My collection was a lot smaller back then, but I didn’t have to think very long about which shoes I wanted to wear. I grabbed the Ultraflights out of their box without hesitation. Then I puked in a garbage can when I ran too many 60s.

Some of my other Go To War Shoes include the Kobe IV, the Zoom 95 retro, the Hyperdunk and last year’s Nike Zoom Phenom. I’ve recently found two new shoes that I can add to this list.

The first is Li-Ning’s BD Doom.

It’s hard enough to take a risk on a new technology from a sneaker company that’s a proven name in the industry. For a lot of people, rolling the dice on Baron Davis’ signature joint might be an amplified version of those hesitancies. I’ve already written about the potential that Li-Ning has as it gets its feet wet in the North American market. After a few weeks of wearing the BD Doom, I can say that the brand’s biggest release to date is worth giving into your curiosity.

I show up to my regular spot to play ball in different sneakers fairly regularly. I’ve been playing with the same core of guys now for a couple of years and for the most part a new pair of sneaks doesn’t garner much attention beyond saying, “Oh you got *insert shoe name here*. Nice.” I’ve never been asked more about what’s on my feet than when I wore the BD Dooms.

Not that that sort of thing matters in the Go To War category, but it’s cool when your sneaks draw that kind of attention. Anyway, check the soles of these shoes. They’re ALL grip. There isn’t a smattering of herringbone pattern on the balls of your feet and the heels (though that’s enough on some shoes). Like I said, I play on a court that sometimes gets dusty and traction is an issue with some shoes from time to time. I’ve worn the BD’s on four different courts since I’ve gotten them and the grip is sensational on them, from what I’ve found, in any setting.

The shoe itself is lightweight and gave me absolutely no issues in terms of blistering or any other discomfort. The lacing system is comprehensive and flexible, with Baron tipping his headband to the Jordan IV in the varying widths of the eyelets at the toe box and at the ankle area in the shoe.

In terms of technology, Li-Ning has kept it relatively simple. The word “Bounce” is written on the sole of the shoe and it alludes to a forefoot technology that encourages high-rebound activity. Li-Ning’s Cushion technology in the heel gives shock absorption and enhances overall comfort. On top of that, they use a lot of TPU — in the heels, toes and in the forefoot, giving you protection and directional support, along with stable lateral movement.

On the day I got the shoes, I grabbed them by the heel and the toe and pushed. To my surprise, the shoe took a U shape and the front of the shoe was basically staring the little Beardman logo on the tongue of the shoe in the face.

I don’t know what this means for the long-term durability of the shoe. As it stands right now though, I love it. It’s held up through a lot of basketball so far with hard cuts and heavy running.

The other shoe I’m adding to the Go To War list is Jordan Brand’s CP3 III.

Before we get into the specifics on the shoe, I wanted to point out something that in my opinion, you don’t see enough of from sneaker companies. When you crack open the CP3 III box, the first thing you see is a sticker on the inside that details what makes the shoe work. I’d love to see this with every pair of basketball sneakers I bring home. It’s nice to have that info right in front of you, so you know what makes your feet feel the way they do when you wear the shoes.

Because this is a Jordan sneaker, it’s not gonna be as simple, tech-wise. Again, like the BD Doom, the CP3 III is 100 percent grip on the sole. JB calls it 360-degree traction, designed to aid in quick stops and starts.

That first-time-wear feel that you get from the shoes (and I’m still getting them after several wearings) comes from Podulon — the midsole cushioning system that’s an evolution of the Independent Podular Suspension system that debuted with the Jordan XX.

Basically, the cushioning foam in the shoe is aligned with all of the high-impact areas of your forefoot. The cushioning is built to last, keeping that fresh, brand-new feeling underfoot for a long time. There’s something similar in the heels as well, in the form of a compression molded phylon heel pod. This all works with an internal shank plate in the midfoot. The shoe stays light and with help from a rigid but flexible upper (no bending this shoe in half), you’re locked in nice and snug when you step onto the court.

The more I wear these CP3s, the more I want to stay on the court, just to see how much more I can get out of them. Again, like the BD Dooms, there were no discomfort issues with the shoe (the uppers had me worried before I wore them). And while this thing is loaded up with performance-friendly features (I went into more detail on those features in late December when the shoes were just getting ready to hit stores), the simple look of the shoe and its overall comfort lets me make it a Go To War sneak.

Both of these shoes are made to play ball in. If they could sit in your closet and demand your on-court attention, that’s what they’d do. If you’re thinking about getting these shoes, get them and try to run them into the ground when you’re out there in the trenches. Keep them happy.

Also, I’m curious to know if you guys have go-to shoes like these. What are they? Why do you like them?