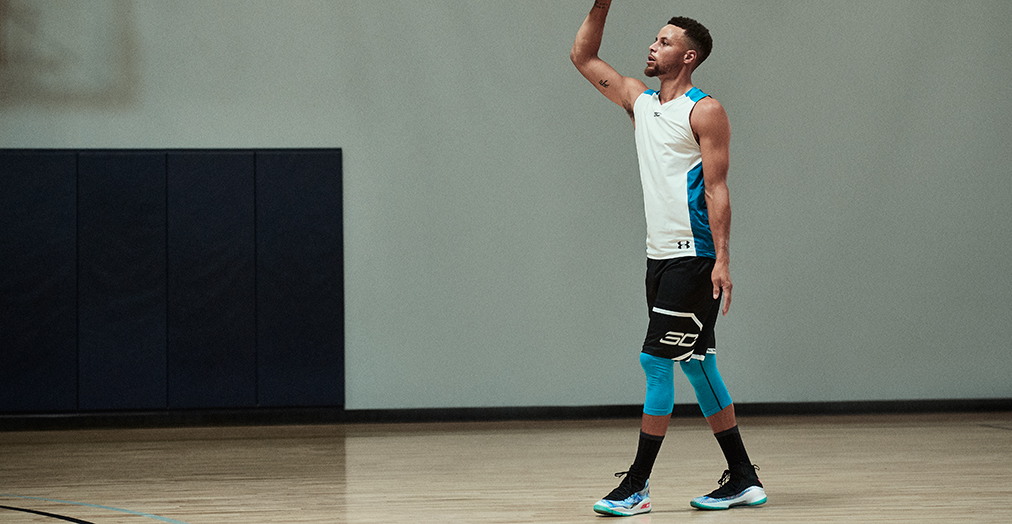 The Under Armour Curry 4 is finally coming to retail after a summer full of anticipation with the brand-new “More Magic” colorway. The “More Magic” Curry 4’s loud upper is inspired by the Bund in Shanghai, where the city’s bright neon lights bounce off the Huangpu River.

The “More Magic” is accented by a black knit collar and tongue and a white outsole. His wife Ayesha’s name is written on the outsole, too. Under Armour says that Curry wants “more wins, more reps, more records, more titles – and more magic for his team and the fans.”

Stephen debuted the Curry 4 ahead of Game 1 of the 2017 NBA Finals in a clean white version. He’s shown us a few colorways of the lows and the mids in the months since but fans have yet to get their hands on the 4. The first drop will come on October 7 in China in limited quantities. Then pairs will drop at Shoe Palace in Oakland and Foot Locker (Sunvalley Mall, Concord, Calif.) in the Bay Area, and at the Under Armour Brand Houses in Boston and Chicago, also in limited quantities. The Curry 4 mid costs $130.