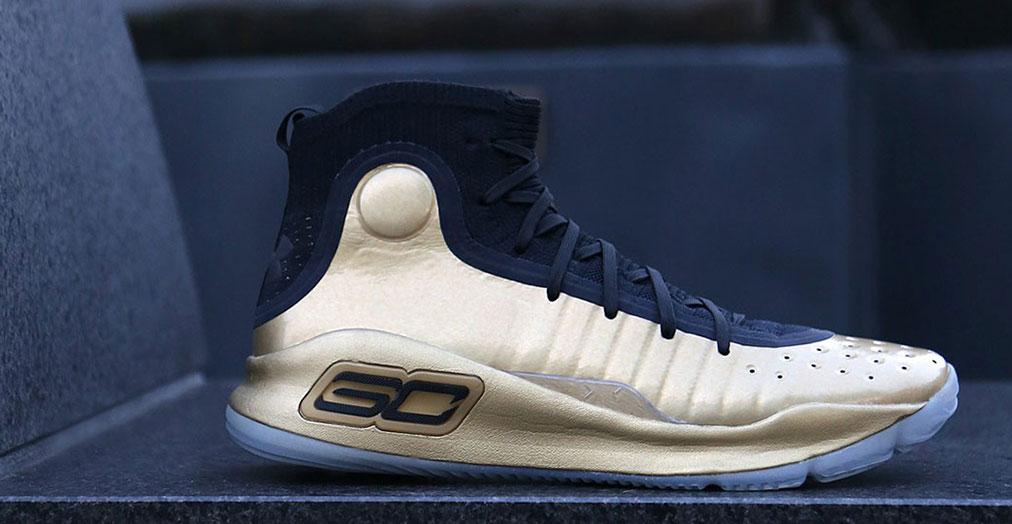 The still-new Under Armour Curry 4 has gotten off to a roaring start. The three colorways that Stephen wore during the NBA Finals were sleek and simple. They had either black or white uppers and clean colors throughout.

To celebrate today’s championship parade, Steph’s got a much louder Curry 4 on.

UA hooked him up with a Larry O’Brien-inspired joint, complete with a metallic gold upper and an icy blue outsole.

Check out the gallery up top to see the flicks.