Under Armour Introduces the Curry One (KICKS) 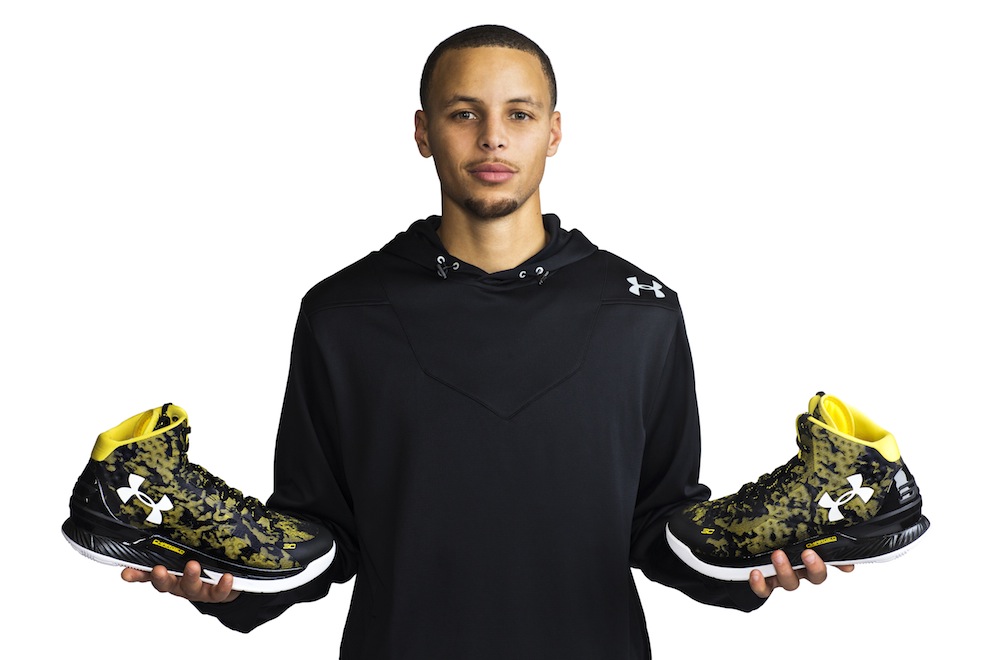 Today, Under Armour and Stephen Curry officially unveiled the Warriors PG’s first signature shoe, the Curry One. We’ll have much more from the sneaker’s official launch in the Bay Area this weekend, but for now, scroll through the photos above to get a first look at the sneaker.

The UA Curry One hits retail with a $120 price tag on February 13 in the “Home” (Royal/Taxi/White) colorway you see above, while the “Away” (Black/Taxi/Camo) colorway you see above drops on February 28. Expect to see many more colorways on the way on-court and at retail later this season, including the “Underdog,” Father to Son,” and “Candy Reign.”

Each Curry One sneaker has Steph’s singature SC30 logo, the quote “I CAN DO ALL THINGS” on the inside tongue and more personal touches—plus two brand new Under Armour performance innovations: Charged Cushioning and Anafoam. Like we said, we’ve got plenty more details coming. But for now, what’s your initial reaction to the Curry One?