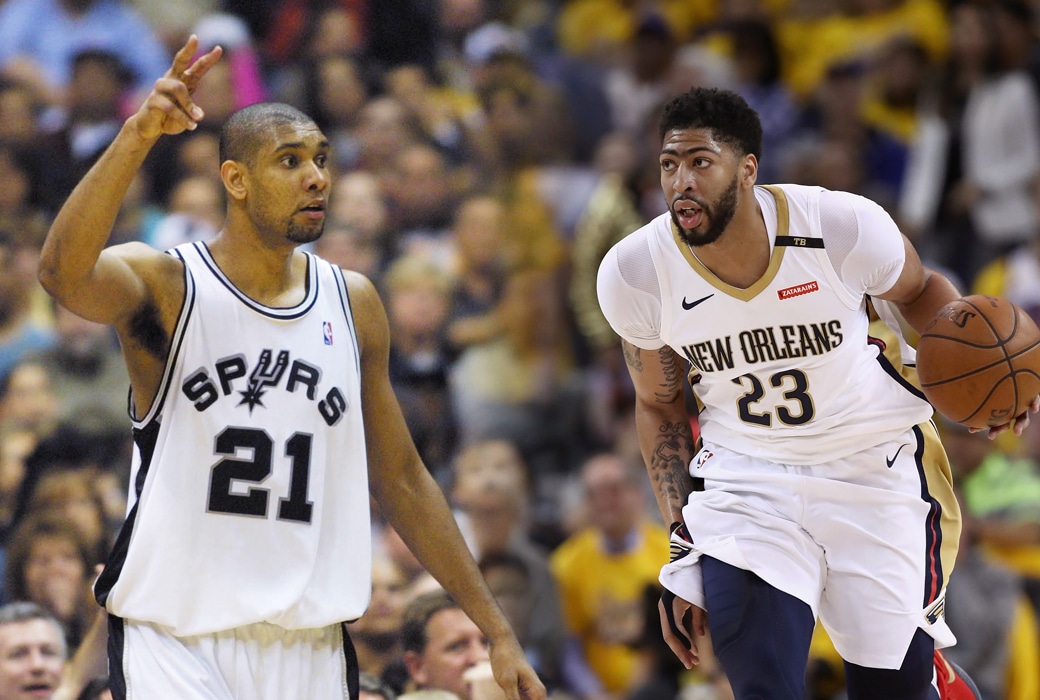 Alvin Gentry says Anthony Davis has some “Tim Duncan DNA” because of his low-maintenance approach and ability to bring a team together.

Alvin Gentry says Anthony Davis has some Tim Duncan DNA in his game. Also thought it was cool that Davis said Duncan used to talk to him during games and try to help him with his moves. https://t.co/1Wzf0USru2

“I think any time you have a superstar player like AD—I think he’s got like Tim Duncan DNA.

“And I think any time you have that, you’re probably going to have a closeness on your team.”

RELATED:
Jrue On AD’s Takeover This Season: ‘I’ve Never Seen A Player Be Able To Do That’