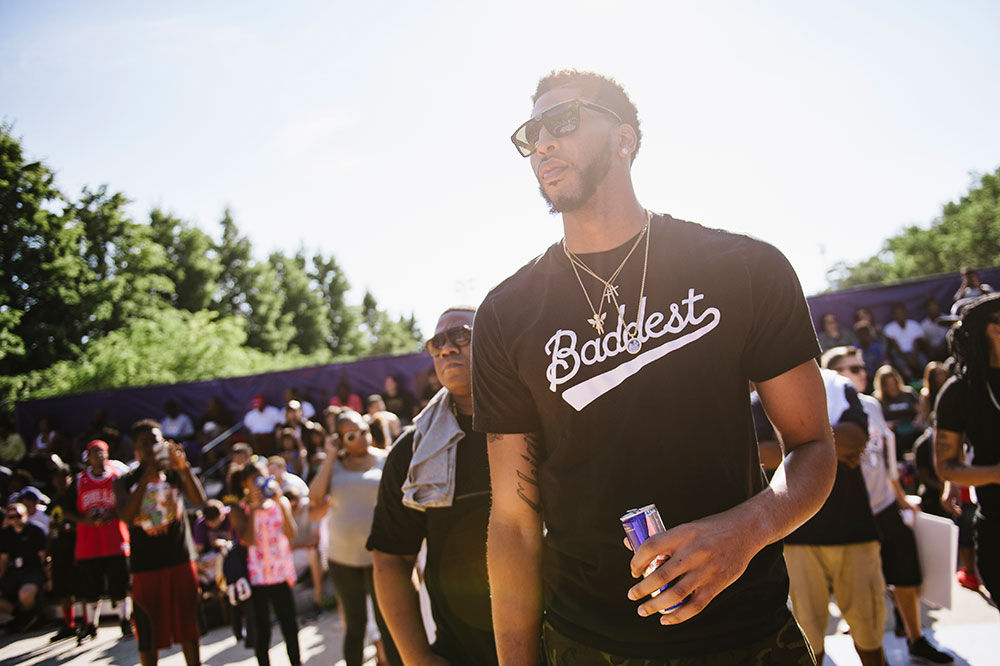 Coming off a 2014-15 season in which he helped lead the New Orleans Pelicans to the postseason for the first time in three seasons while also garnering MVP considering, Anthony Davis and the Pelicans looked like team on the brink of contending in the West headed into last season.

But the Pels struggled out the gate in ’15-16, losing 11 of their first 12 games and dealt with one of the worst bouts of the injury bug in recent memory—they led the League in games missed due to injury or illness with 351.

Davis himself would miss 21 games before being shutdown in March due to a bothersome left knee that required surgery. The procedure was expected to keep him from basketball activities for three-to-four months, which eliminated his chance to represent his country for at this summer’s Olympic games in Brazil.

With all the changes during a busy offseason around the League, the Pelicans retooled their roster by adding young talent while saying goodbye to veterans Eric Gordon and Ryan Anderson.

Davis sat down with SLAM at the third annual Red Bull Reign Tournament in Chicago where he gave his insight on this past season, the offseason moves made by New Orleans and how he’s been spending his time while rehabbing his injury.

SLAM: This is the third year of the Red Bull Reign Tournament here in Chicago. What’s it been like to not only bring this to Chicago, but to watch it grow each year?

Anthony Davis: It’s a great event and I love coming here and doing it. Chicago has great talent. I’m glad Solid Gold from Chicago has won the tournament the past two years. [Solid Gold won for the third straight time on Saturday—Ed.] We have a couple of guys here from New Orleans and I told them that Chicago is taking it again. [Laughs]

SLAM: With your focus on getting healthy, you haven’t had as busy a summer compared to last summer—how are you feeling physically?

AD: I feel great. My summer has been going well. I’m just trying to get back out on the court when I’m able to.

SLAM: You underwent a procedure in March and basketball activities were ruled out for up to four months. What have you done to help ease the desire to rush back into things?

AD: I really have never watched Summer League that closely, but I’ve been watching a lot of it now for some reason. I can’t get on the floor just yet, so I look at old tape of myself from last season, and the season before last to try and figure out what I can do to be better. I have a lot of tape from the team to figure out what we can do to be better as a team, offensively and defensively. That’s really been it. Just relax. I play a lot of 2K and end up picking the Pelicans. I just love the game of basketball, so I love to stay involved in it.

SLAM: You guys battled through injuries last season and didn’t repeat 2015’s playoff appearance. Can you summarize your thoughts on the past year?

AD: You can’t! [Laughs] You can’t summarize it. All you could do was try and battle through adversity. Guys were getting hurt left and right. We’re bringing in guys every day to try and fill our roster out, but there was nothing we could do about it. We just had to go out there and use what we had. I liked the way we ended the season, though. Guys came in, played hard, competed and that’s all you can ask for with the situation we were in. Now our guys are getting back on the right track. We’re going to try and do better next year.

SLAM: I know you were looking forward to representing the USA in this summer’s Olympics. Just how disappointing was it realizing that you were going to have to miss that opportunity?

AD: It’s tough, but [surgery] was something I had to do. Hopefully this won’t be the last Olympic opportunity for me. I’m already fortunate to have won two Gold medals; one for the World Cup and one at the 2012 Olympics. I thought this summer was going to be a big one for me, trying to lead that team. But everything happens for a reason.

I hope they go out there and win the Gold and the guys told me that I was still a part of USA Basketball because we’re like a family. I’m just happy that the guys who are playing get a chance to go out there and represent our country as best as they can. [Surgery] was a tough decision for me. But at the end of the day, I had to do what was in the best interest of myself and the team.

SLAM: It’s been a hectic and surprising summer in the NBA. What do you think of of the free agent moves that were made?

AD: I try not to get into what the other guys did. What they do is on them. At the end of the day, I just focus on myself and my team and what we’re going to do to go out there and compete every night. I’m pretty sure guys had great reasons for moving to new situations. I’m sure Chicago is proud to have DWade back in the city. I’m happy for those guys, but at the end of the day, I can’t focus too much on them. I have to figure out what we can do to get better.

SLAM: You were obviously aware when Tim Duncan announced he was retiring—I saw you put your own #ThankYouTD post on Instagram. Considering’s he’s a guy you grew up watching, played against and have a lot of respect for, what do you think of his decision to step away from the game for good?

AD: The best power forward to lace them up, in my opinion. He’s a guy that I idolize with all the things he’s accomplished. Him not being in the League anymore is going to be weird—same with Kobe. They were mentors, as well as idols for me for so long. Now that they’ve walked away, it’s going to be weird playing the Lakers and not seeing Kobe. It’s going to be weird playing the Spurs and Tim not being there. Tim put his time in. Kobe put his time in, so I’m happy for the both of them. I’m still going to try and pick their brains from time to time even with them being away from the game.

SLAM: Kevin Durant received a lot of criticism for signing with the Warriors. The decision was based on putting himself in the best position to compete for titles. Are you of the belief that you need to win titles to validate what you do in this game and do you see that perspective as fair?

AD: Winning gives you an edge, of course, but I don’t think it puts a stamp on greatness. I think Charles Barkley and Karl Malone were great power forwards. You’re going to tell me they aren’t great because they don’t have a ring? That’s how I look at it. I don’t think jewelry defines your overall career, but it gives you an edge as far as greatness. If you’re a great player and you have a ring, that sort of makes your greatness more definite in a way. But as far as not having a ring and not being great, I don’t think it takes away from you as a player and what you do. That’s just my opinion on that.

SLAM: You guys got younger this offseason, but also added guys who’ve had success and can complement the system well. What are your thoughts on the moves the Pelicans made?

AD: I feel that we did pretty well in the draft by picking an exceptional talent in Buddy Hield. We picked up a lot of good pieces: Terrence Jones, Solomon Hill, E’Twaun Moore. So I think we’re going to be very good this year. We have to come in and work and play hard.

SLAM: By getting younger, you guys did lose two pieces of your core in Ryan Anderson and Eric Gordon. They got offers they couldn’t turn down from Houston, but was it tough to see them go with them being here since you entered the League?

AD: It was their decisions. They were free agents and they tested the market. I didn’t talk to them or have any idea what their thinking was. Both of those guys are exceptional talents. I have nothing against them. When I see them, we’re still going to kick it like we’re on the same team. Those guys are great players. Both of them can score the ball, can shoot and I’m happy that they’re back on the same team again. I just can’t wait to play them. Those are our first two preseason games—against Houston in China. It’s going to be fun playing against them guys. They’re going to know what we run. We’re going to know what they like to do, so it’s going to be fun and I’m excited about playing them.

SLAM: You’ll obviously be easing your way back into the swing of things as the training camp nears. What’s your mindset going into next season?

AD: I’m coming in to win. That’s my mindset going into every season. With getting younger, we don’t have much room for error. We have a lot of new guys who have to get acclimated quickly, but it’s my job to help those guys and do what I need to do to help us win. I’m just looking forward to getting back on the floor and getting started.

SLAM: Being from here and with the love you have for Chicago, what do you think needs to happen so the senseless violence stops becoming common?

AD: I think it starts with the athletes. Just like with what LeBron, Carmelo, Chris and Dwyane said[at the ESPY’s], it starts with us. Like you just said, a lot of athletes might not have power, but all of us have influence. We’re all influential. From that standpoint, we have to look in the mirror at ourselves and see what we can do to help our communities. It doesn’t have to be this crazy change, where you go and give this crazy amount of money, but it’s the little things. For example, holding camps, or even something like the Red Bull Reign Tournament. Everybody uses sports as a safe haven when they’re growing up. I was just talking about this quote earlier, but I think when Notorious B.I.G. said, “We can’t change the world unless we change ourselves.” That’s huge. You can’t expect the world to change if you’re not changing.