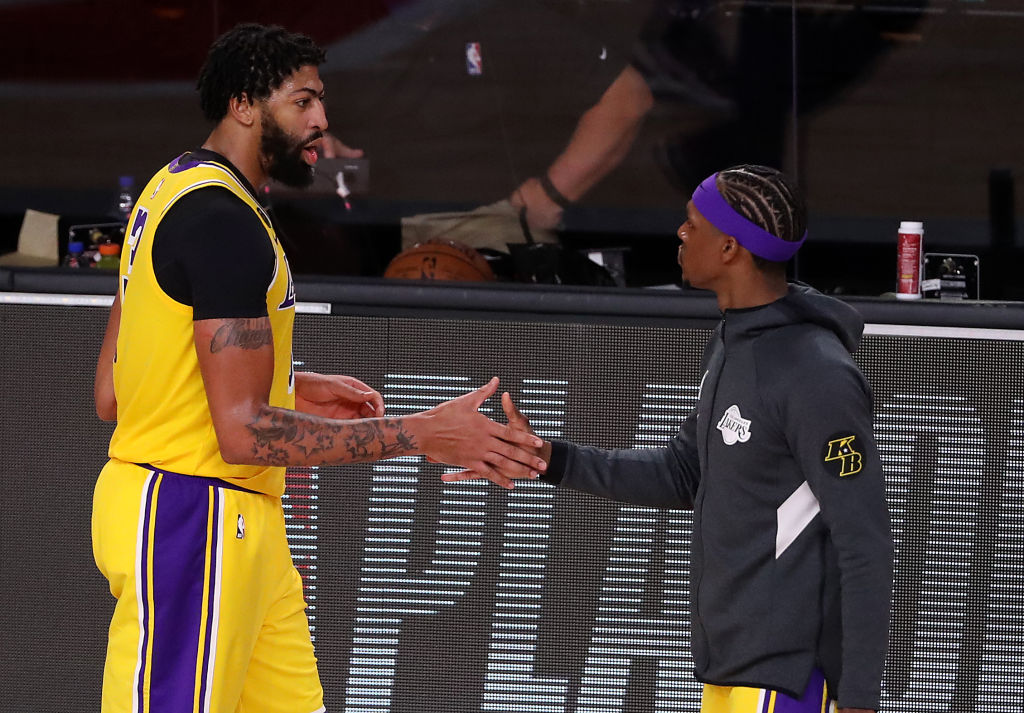 After the Lakers huge Game 5 victory over the Nuggets, they are headed to the NBA Finals for the first time since 2010. After the game, Anthony Davis talked about how Rajon Rondo was one of the first people he called once he was traded to the Lakers.

“When I got traded here, he was actually the first person I called. I told him I wanted him to come back. I knew how much I excelled with him and how much of a leader he is and his mindset on the floor and his will to win. To have a guy like that with a basketball mind and his IQ…he knows what it takes. and just click.”

Davis has had high praise for Rondo for much of the 2020 NBA Playoffs, recently talking about how ‘Playoff Rondo’ is real. Davis and Rondo played together in New Orleans for a season and meshed extremely well. Now, both members of the Lakers, are headed to the 2020 NBA Finals together.

AD has stuffed the stat sheets thus far in the postseason, putting up 28.8 points and 9.3 rebounds per contest. While Rondo doesn’t necessarily blow you away in the box score, his leadership and IQ are things that the Lakers have benefited from.