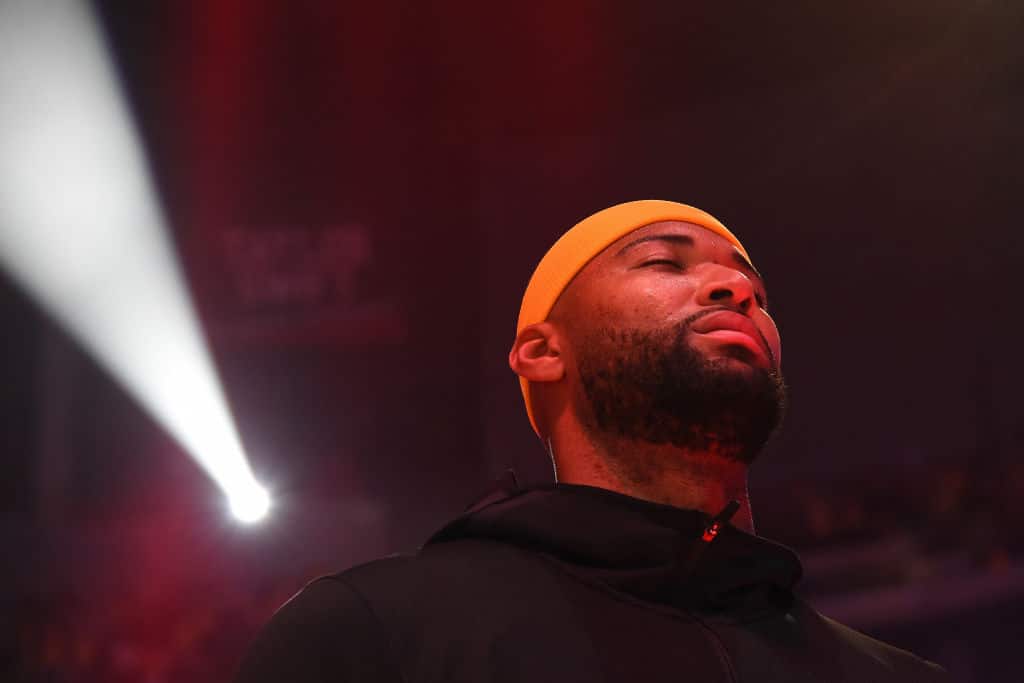 An arrest warrant has been issued for DeMarcus Cousins, Adrian Wojnarowski of ESPN reports. The warrant comes from a misdemeanor domestic violence charge in Mobile, Alabama.

The charges come to light days after a scathing audio tape was released by TMZ, in which a person alleged to be Cousins threatens the mother of Cousins’ child.

Reporting on this matter earlier this week, Tania Ganguli of the Los Angeles Times revealed that Christy West, the woman on the tape, would have to sign a warrant for charges to be placed.

According to TMZ, Cousins can be heard threatening to put a bullet in the head of West if she didn’t allow their child to attend Cousins’ wedding last week.

The NBA, Ganguli writes, is aware of the situation and is investigating accordingly.

The troubling report comes on the heels of a third major leg injury in less than two seasons for Cousins. We wrote earlier this offseason that Cousins had suffered a torn ACL and would miss much of the 2019-20 campaign.

After a recovery year in Golden State following his 2018 Achilles injury, Cousins signed with the Lakers on a one-year, $3.5 million pact.