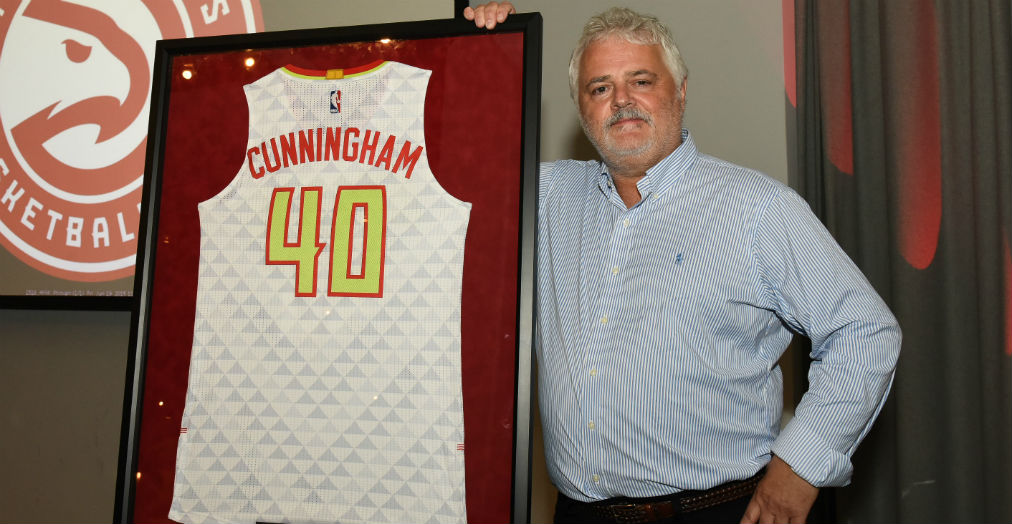 Scott Cunningham has been the official photographer of the Atlanta Hawks for 40 years, giving him the chance to watch one of the NBA’s all-time most exciting players, Dominique Wilkins, up close and capture all the swagger and athleticism that was The Human Highlight Film.

Cunningham started working for the Hawks when he was just 18 years old and four decades later, he’s being honored by the team with an exhibit of his work. “From the Baseline: 40 Years Beneath the Rim” is at the Westside Cultural Arts Center in Atlanta and showcases Cunningham’s work for the Hawks, as well as the photos he has taken for the city’s other teams—from the current Braves, Falcons and Dream to the now-defunct Flames and Thrashers.

Check out the gallery above to see the exhibit, which has already been visited by Wilkins and current Hawks coach Mike Budenholzer. Cunningham’s work ventured outside of Atlanta too and even sometimes left the sports world completely. He shot NBA All-Star Games, Stanley Cup Finals, Super Bowls and even Princess Diana’s funeral. His photos were featured in various sports publications, including SLAM and Sports Illustrated.

Michael David Murphy, of the group Atlanta Celebrates Photography, curated the exhibit, which is open from 10:00 am-4:00 pm, Tuesdays-Fridays (and by appointment) until August 14th.

Photos courtesy of the Atlanta Hawks