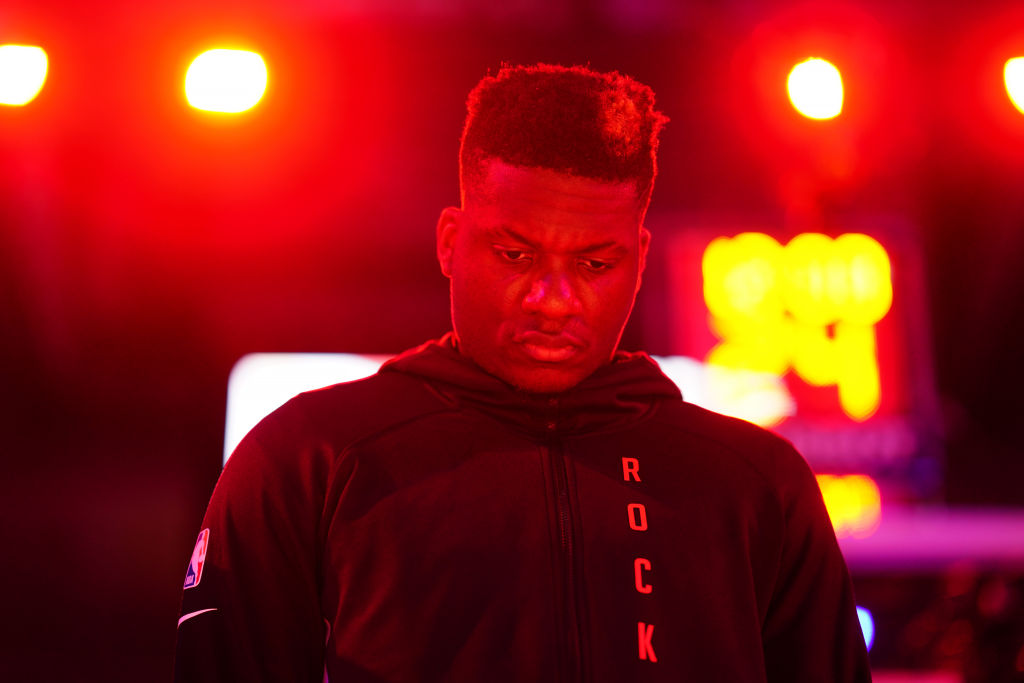 Despite speculation that the 2020 trade deadline would leave much to be desired, four NBA squads blew away any such notion when they agreed upon a massive deal involving 12 players and multiple first-round picks.

The biggest name involved in the deal is Clint Capela but what’s most important about the pact is how four different teams with four different motives ended up checking off items on their wish list.

We’ll jump into the details of the still evolving deal below:

The Hawks were on the hunt for a long-term five and managed to get a highly respected one with an excellent contract and plenty of team control. Capela averaged 16.6 points and 12.7 rebounds per game last season, earns $14.9M this year and makes less than $20M per year through 2022-23.

Atlanta acquired Evan Turner from the Blazers in the offseason for his $18M expiring deal. The draft pick they’re parting ways with is a top-14 protected pick from Brooklyn (via the Allen Crabbe trade that led up to the draft).

The move eats into Atlanta’s cap room this summer given that Capela is with them long-term and Turner wasn’t going to be but they’ll still have plenty of cash to play around with in a weak free agency class.

In order to execute the trade, the Hawks will need to first waive a player and free up the roster spot. They could also unload another player in the deal if they find a willing partner. (Edit: they waived Chandler Parsons)

The Rockets have had some success with a super small-ball lineup of late and are now entirely committed to employing it full time. Houston will part with their only truly reliable five and hope that P.J. Tucker is enough to sustain them at the position.

Alas, Daryl Morey wouldn’t have parted with an asset without a reason and the club yields one of the game’s most respected perimeter defenders with three-point range in Robert Covington.

Don’t sleep on Jordan Bell as a contributor for a Rockets team that helped Kenneth Faried thrive in half a season last year.

Another significant part of this deal for Houston is the amount of money it will save the previously tax-bound squad. In one fell swoop, the Rockets have gone from over the tax threshold to roughly $6M under.

The Wolves desperately attempted to get Golden State involved in this deal so they could land D’Angelo Russell but couldn’t offer an enticing enough package in time.

What they’ll get instead is a promising pending RFA in Malik Beasley, a substantial expiring contract in Evan Turner and a semi-decent first-round pick.

The Wolves may still attempt to persuade the Warriors to give them Russell and this trade could give them more flexibility in doing so but even if that doesn’t pan out, they’ve still converted a 30-year-old Covington into a 23-year-old Beasley, significant cap relief and a draft asset that could fall in the teens.

The Nuggets, blessed with considerable roster depth, were faced with the reality that it would be difficult to retain Malik Beasley and Juan Hernangomez, not just financially but logistically with a finite number of minutes available.

With this deal the Nuggets bring back several affordable deep bench pieces and a late first-round pick. The team may have been able to hold out for more from Beasley but they may not be done dealing.