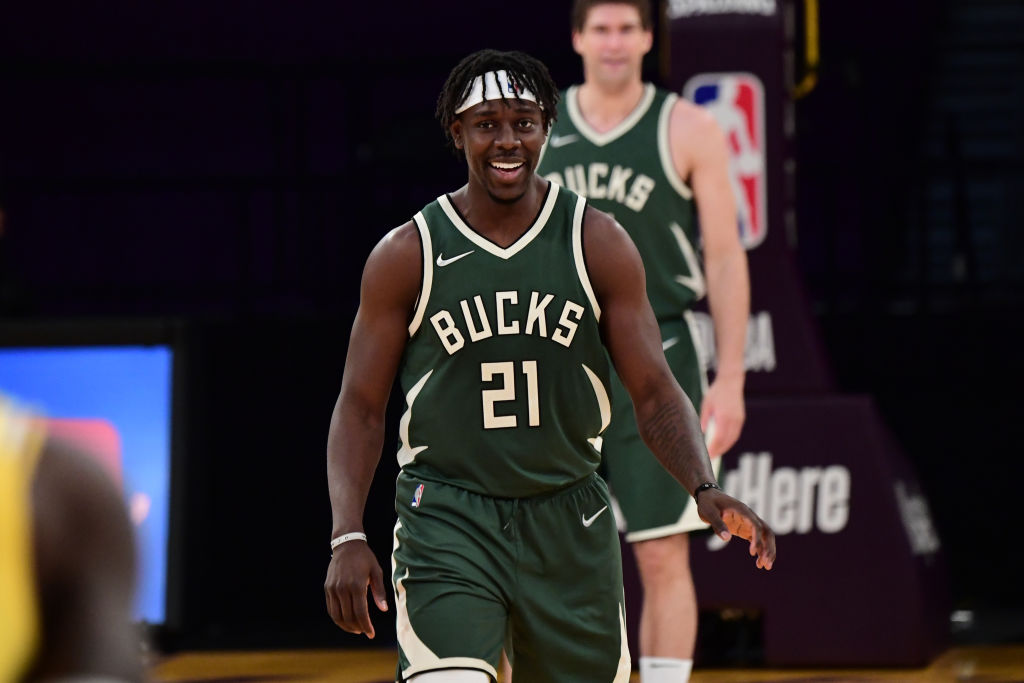 “It means a lot,” Holiday said after receiving the Joe Dumars Trophy, which is given to the NBA player who best represents the ideals of sportsmanship on the court. “Just knowing that it came from the players, the guys that go through this with me and put their bodies on the line, train in the offseason, it means a lot.”

Holiday received 130 of 343 first-place votes and was one of six finalists selected by a panel of NBA executives after all teams nominated a player from their rosters. The award honors a player who best represents sportsmanship on the court.

Holiday, a 12-year veteran that’s long been known to be well-respected by his peers and community, donated a portion of his 2019-20 salary to form the Jrue and Lauren Holiday Social Impact Fund. His foundation funded close to $1 million in grants for African American-owned businesses and other African American organizations in the Milwaukee, New Orleans, Indianapolis and Los Angeles areas.

The 30-year-old won the Twyman-Stokes award as the league’s best teammate last year. This past week, Damian Lillard of the Portland Trail Blazers was selected as the award winner.