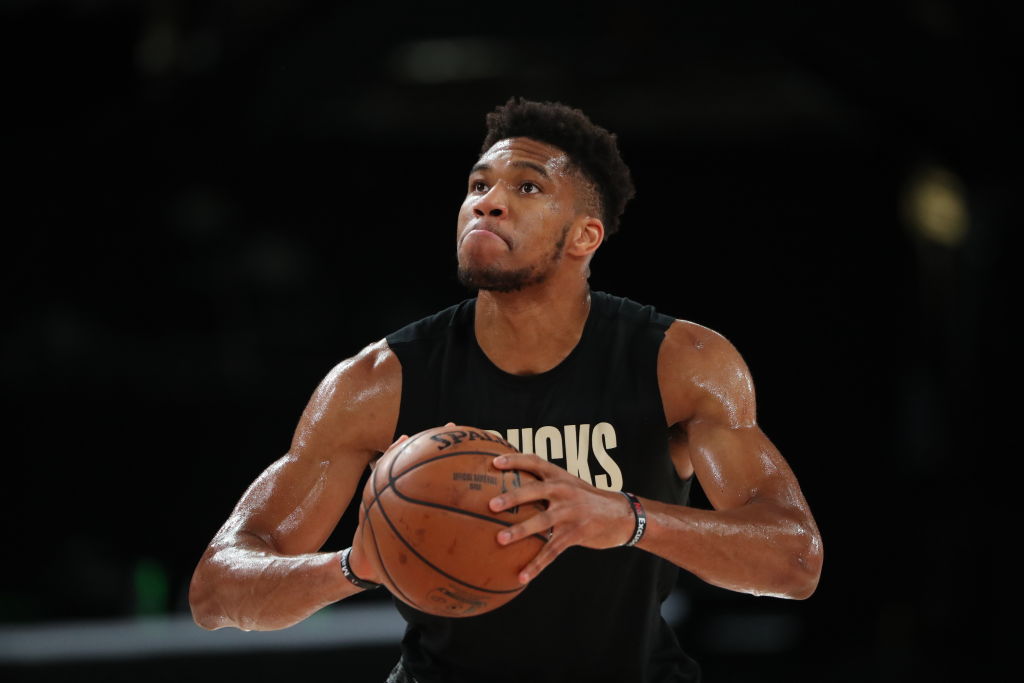 Update #4, 7:27 PM EST: After several hours in their locker room after boycotting Game 5, the Bucks have made a statement. “We are calling for justice for Jacob Blake and demand for the officers to be held accountable.”

Update #3, 5:01 PM EST: The Bucks have declined to speak to reporters, Tania Ganguli of the Los Angeles Times reports.

Update #2, 4:55 PM EST: The Magic have begun to leave the arena and have chosen not to accept Milwaukee’s forfeit, Shams Charania of The Athletic reports.

Update #1, 4:14 PM EST: The Bucks have decided to boycott Game 5, Adrian Wojnarowski of ESPN reports. The decision comes in the wake of the police shooting of Jacob Blake in nearby Kenosha, WI.

The Milwaukee Bucks have had serious discussions about boycotting Game 5 of their first round series, Shams Charania of The Athletic reports. The game was scheduled to tip off at 4:00 PM EST.

The Orlando Magic originally took the court on schedule but have since left the court as well. The officiating crew has also left the floor.

There has been no formal statement from the players or team but it’s possible that the players’ refusal to take the floor is related to protests in Wisconsin in the aftermath of the police shooting of Jacob Blake.

There’s been interest from some NBA players about doing more to further the growing social justice movement that has escalated over the course of the past months. This could be an extension of that.

We wrote yesterday about Fred VanVleet’s comments about the Toronto Raptors potentially boycotting the first game of their second round series with the Boston Celtics.

VanVleet spoke specifically about the situation in Wisconsin and about how the NBA players had the opportunity to apply pressure by refusing to play.

Next: The Milwaukee Bucks’ decision to boycott comes steeped in personal history and context