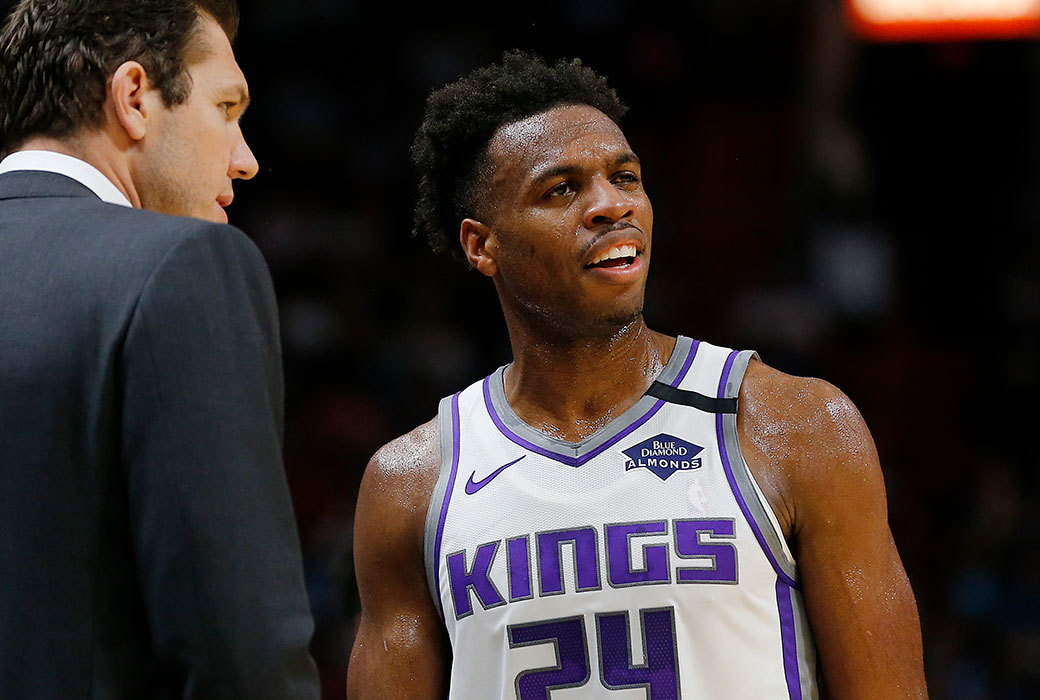 Sacramento Kings guard Buddy Hield, whether playing as a sixth man or starter, has proven himself to be one of the NBA’s premier shooters. His talent level is the reason why he was able to secure a four-year contract extension last October.

However, that contract apparently hasn’t pacified Hield, who has reportedly grown even more disenchanted with the Kings head coach Luke Walton over the past few months.

According to The Athletic‘s Jason Jones, “Hield has soured on Walton to the point he will not answer his coach’s phone calls.”

Throughout the 2019-20 season, Hield’s rocky relationship with Walton was a matter of concern for Sacramento. Hield, 27, was growing increasingly frustrated by his demotion to the second unit and not being on the court in crunch time because of Walton’s concern about his defense.

After a midseason loss to the Minnesota Timberwolves, Hield notably told reporters that it seemed like the Kings had “trust issues” before adding that “they stop believing in players.”

What this means for Hield moving forward is unclear. His camp hasn’t publicly demanded a trade, and there hasn’t been any reports that Sacramento plans to move on from their sharpshooter.

With a number of strong coaching candidates currently on the market, it wouldn’t be surprising to see the Kings move on from Walton. A former player, Walton has yet to have a .500 record or better after four seasons as head coach.