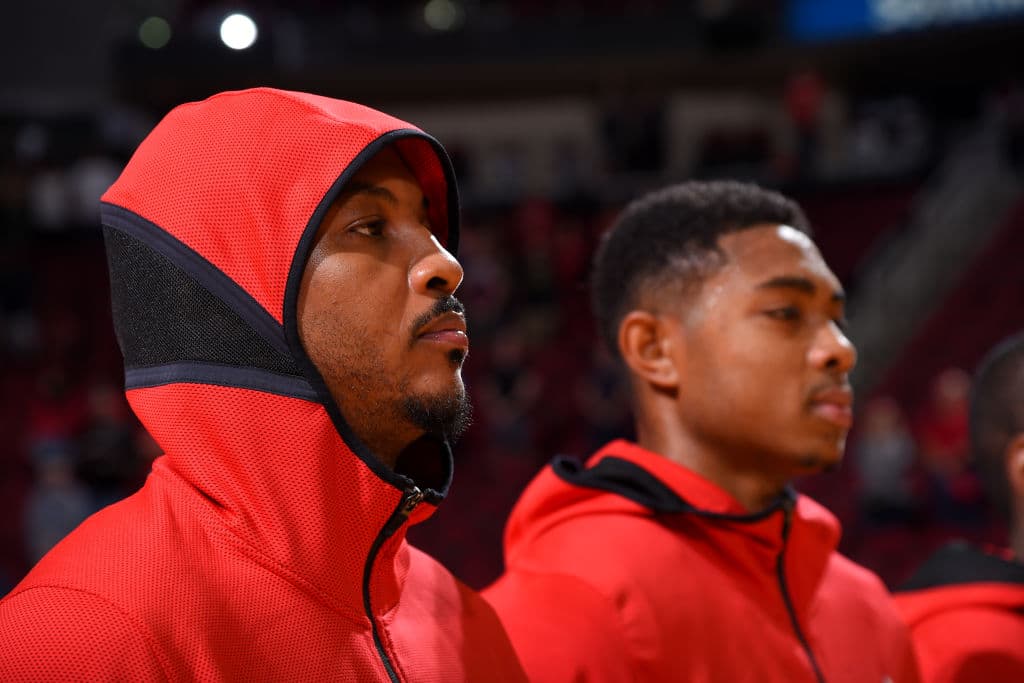 The New York Knicks are holding an informal pickup game at Columbia University this morning and two players on the outside of the NBA looking in are expected to participate. Jake Fischer of Sports Illustrated reports that Carmelo Anthony and Hasheem Thabeet will unofficially scrimmage with the squad.

This isn’t the first time that Anthony has gotten shots up with an NBA franchise. We wrote about a report linking him to a Nets scrimmage earlier this month.

Earlier this offseason, a report from Shams Charania of The Athletic suggested that the Knicks had considered signing Anthony but only if they added two marquee free agents. When the team pivoted to Plan B after missing out on Kyrie Irving and Kevin Durant, their interest in Anthony waned.

Thabeet, the 32-year-old second-overall pick from the 2009 NBA Draft, has been out of the league since 2013-14 but has been on the comeback trail over the course of the past few seasons. Ian Begley of SportsNet New York sheds more light on Thabeet’s involvement with the franchise this week, adding that he’s practiced with the team for the past few days.

News that Anthony and Thabeet will be working with the Knicks is no formal indication that a more serious commitment is coming, New York already has 15 guaranteed contracts after all, but the reports give an idea of the fringe interest in the two players around the league.