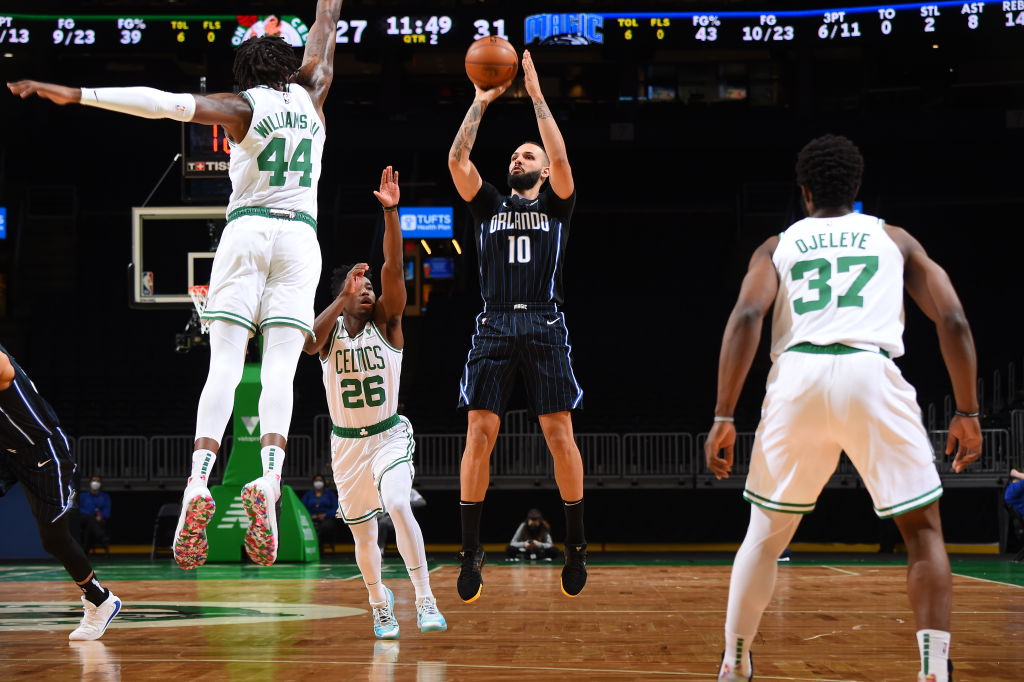 The Orlando Magic have made yet another move, as ESPN’s Adrian Wojnarowski reports that they’ve traded nine-year veteran Evan Fournier to the Boston Celtics in exchange for two second-round picks.

Fournier provides the Celtics with a strong shooter who will help them rectify their bench woes. Currently averaging career-highs of 19.7 points and 3.7 assists per game, Fournier has shot .388 percent from 3-point range this season (.376 percent for his career).

Boston’s bench is averaging 32.3 points per game this season, ranked 26th in the NBA. With a rotation already full of strong scorers, Fournier is expected to come off the bench for the first time since 2015-16.

Per The Athletic’s Josh Robbins and Jared Weiss, the Magic will also receive veteran guard Jeff Teague as part of the Fournier deal.

A 12-year veteran, Teague will be waived by the Magic.