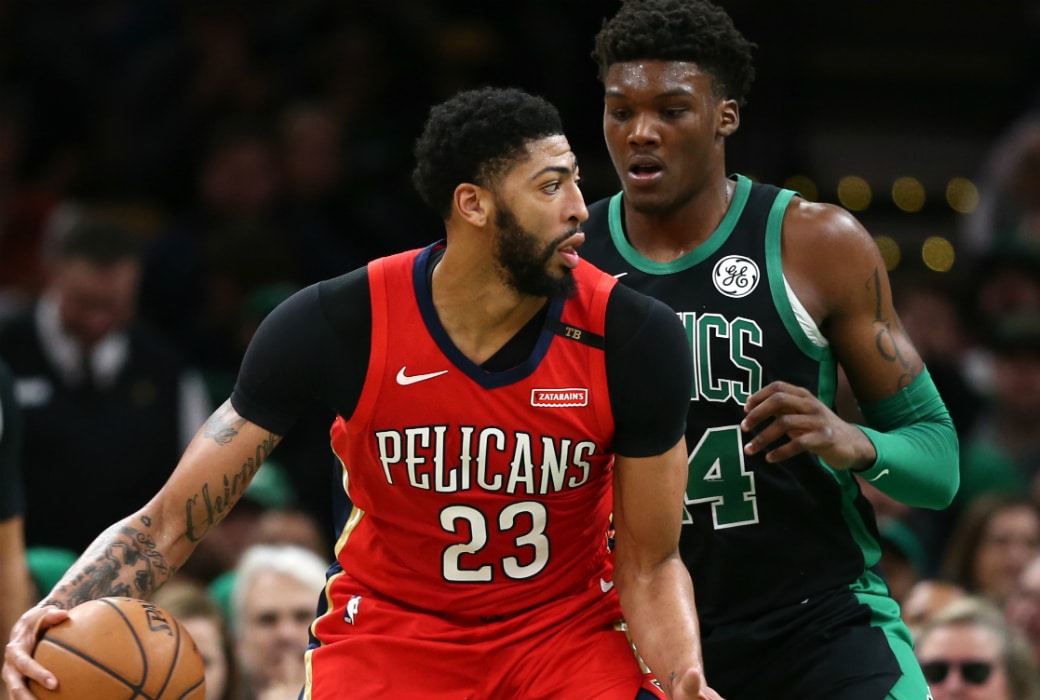 Update #3, 4:46 pm: The Lakers have made Ball, Ingram and No. 4 available in talks with the Pelicans but not all may end up in New Orleans. Stein tweets that a deal like this might hinge on what the Pelicans would be able to turn that No. 4 pick into when other teams get involved.

Additionally: Ganguli, along with Broderick Turner of The Los Angeles Times, writes that the Lakers could potentially keep the No. 4 if they parted with Kuzma.

Update #2, 4:34 pm: The Pelicans would like Kyle Kuzma in a trade package from the Lakers but Los Angeles has thus far been unwilling to deal him, Tania Gangulis of The Los Angeles Times reports.

Update #1, 4:28 pm: The Lakers have made available Brandon Ingram, Lonzo Ball and the No. 4 pick to the Pelicans, Marc Stein of the New York Times reports. The Pelicans have made it known that they hope to include a third team to maximize their yield.

The Lakers and Celtics are engaged in separate trade talks with the Pelicans regarding Anthony Davis, Adrian Wojnarowski of ESPN reports.

While the news that all parties are interested in a deal isn’t exactly groundbreaking, the fact that the Lakers could be offering up their No. 4 pick as a means of helping the Pels land higher caliber talent in a multi-team deal is.

Still, Wojnarowski adds in a subsequent tweet, the Celtics and Lakers are both gunning to be the team that lands Davis, neither willing to cooperate to help the other team acquire him.

We wrote earlier this week about the trade haul that Pelicans vice president of basketball operations David Griffin reportedly sought in a Davis deal and there’s no guarantee that either Los Angeles or Boston would (or could) offer all of the assets necessary to get it done.

The Pels would like to land an All-Star, a young player with the potential to be an All-Star and a pair of first-round picks in exchange for their star center.

Wojnarowski clarified in another tweet that the Celtics remain interested in Davis despite Davis’ agent Rich Paul stating emphatically in a recent Sports Illustrated feature that his client will hit free agency in the summer of 2020.

The No. 4 pick that the Lakers are apparently making available in trade talks is the first pick in this year’s draft without a consensus player attached to it.

While several outlets suggest that the Lakers could use such a pick on point guard Darius Garland, the math may change if that pick were to end up in the hands of a different franchise. Garland, like Davis and Lakers star LeBron James, is a client of Paul’s.

Other players that could potentially go fourth-overall include the likes of Jarrett Culver and De’Andre Hunter.