Charles Barkley: ‘Kevin Durant is Just a Really Nice Guy Trying to be a Bad Guy’ 😬 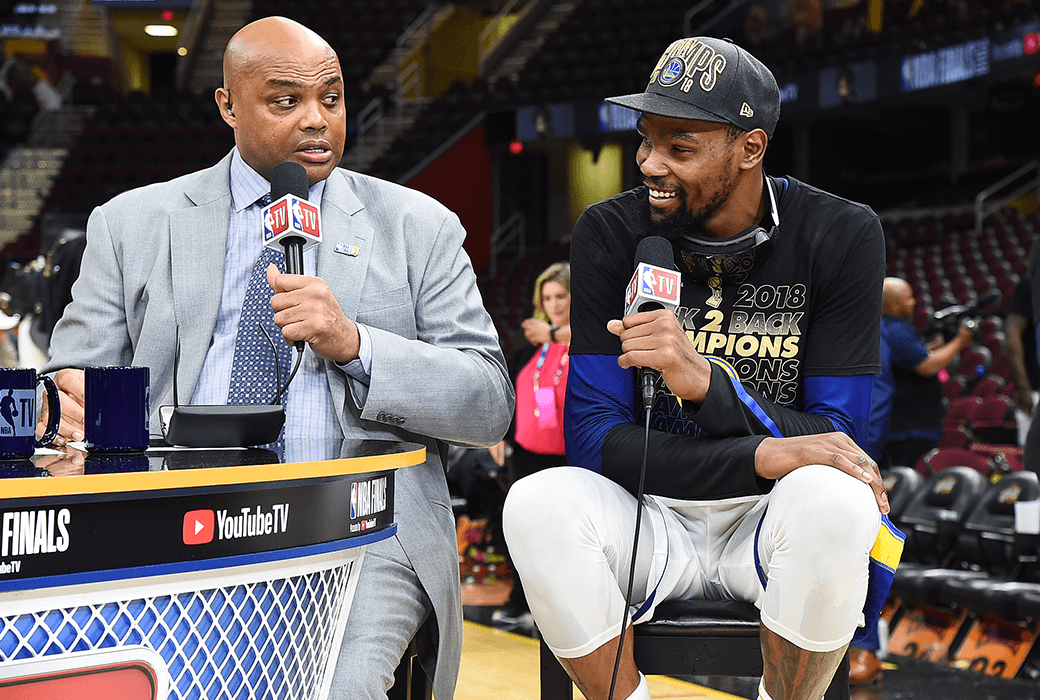 Charles Barkley hopped on Sports Illustrated’s Open Floor podcast to talk trending topics in the hoop world. Barkley decided to dish out some advice to Golden State Warriors forward Kevin Durant, telling him to dial back the back-and-forth with online haters.

“Kevin Durant is just a really nice guy trying to be a bad guy,” Barkley said. “You can’t do that. It doesn’t work. He spends all his time trying to prove to people how tough and bad he is. He’s so worried about what other people say. Kevin Durant is a great player and a great kid. I was one of those guys who criticized him for going to Golden State, but he doesn’t have to respond every time someone says something about it.”

Barkley went on to compare Durant to his own co-worker at TNT, Shaquille O’Neal.

“Who’s got thinner skin: Shaquille O’Neal or Kevin Durant? They’ve both got thin skin like Flat Stanley. They need to just chill out.”

Durant has made a habit out of responding to social media trolls as of late; however, he’s said it’s not because he’s sensitive, but rather that he’s “just tired of holding it in.”