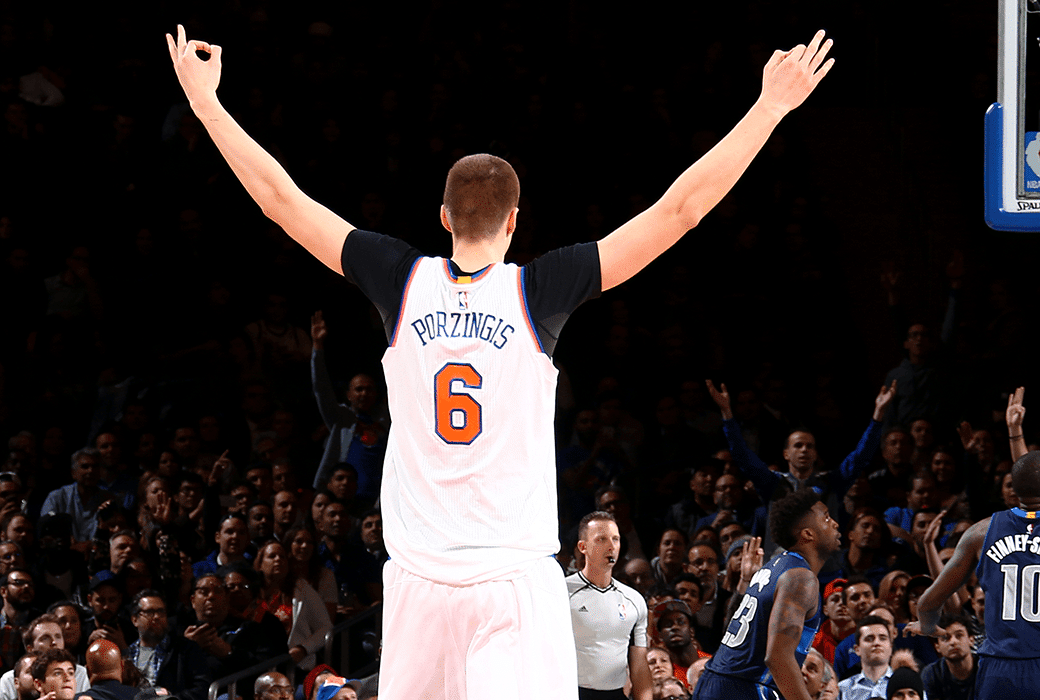 Kristaps Porzingis took tremendous strides last season before a torn ACL cut his year short, averaging 22.7 points, 6.6 rebounds and 2.4 blocks per game. Having shown flashes of brilliance on both ends of the floor — Porzingis was second in the League in blocks per game and shot a career-best 39.5 percent from behind the arc — in his first year as the Knicks’ primary weapon, first-year coach David Fizdale has decided to set the bar high for the budding superstar.

In a Q&A with The Undefeated’s Marc Spears, Fizdale said he wants to see Porzingis contending for MVP and Defensive Player of the Year.

“Excitement. He likes exactly what I’m talking about from the standpoint of style of play. The fact that I won’t lock him into any position, that I’ll always try to put him in a position of success, that I’m going to challenge him to be an MVP and Defensive Player of the Year. I think he really likes the idea of the way I operate, how I’m going to hold guys accountable to a strict level. He likes the sound of that.”

The last Knick to win the MVP award was Willis Reed in 1970. Tyson Chandler won the Defensive Player of the Year Award in New York in 2012.