Dennis Schroder to Meet With Hawks To Discuss Future 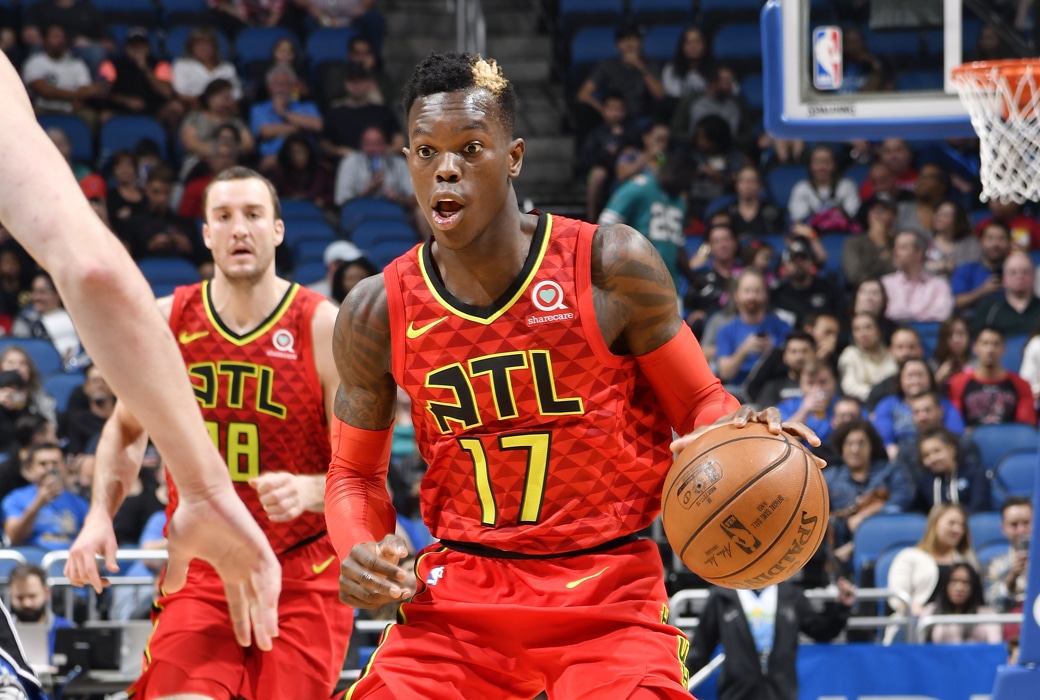 Dennis Schroder will meet with the Atlanta Hawks in a week to discuss his future with the organization.

Speaking to reporters at the German Basketball Federation press conference in Germany, Schroder said, “I want to compete. I cannot be second-to-last in the Eastern Conference.”

The 24-year-old point guard—who has three years and $46.5 million left on his deal—revealed that he is scheduled to meet with Hawks ownership and GM Travis Schlenk.

“I have to look individually what’s the best for me,” he said (translated by FIBA’s David Hein).

Speaking in Germany at a German Basketball Federation DBB press conference, Dennis Schröder about the current situation with the Atlanta Hawks pic.twitter.com/n8w3J3fg9t

An elaboration from Dennis Schröder about the next few days and the up-coming talks with the @ATLHawks pic.twitter.com/kNAJhdnQ6J

Schroder said he could imagine being traded to the Pacers or Bucks.

“Those are the two teams where you can say the organization is going in the right direction,” Schroder said.

Dennis Schröder told a press conference in Germany that @Pacers (he has a good relationship with Victor Oladipo) and @Bucks would be teams he could imagine being traded to: pic.twitter.com/9d9QxBQ8Pj