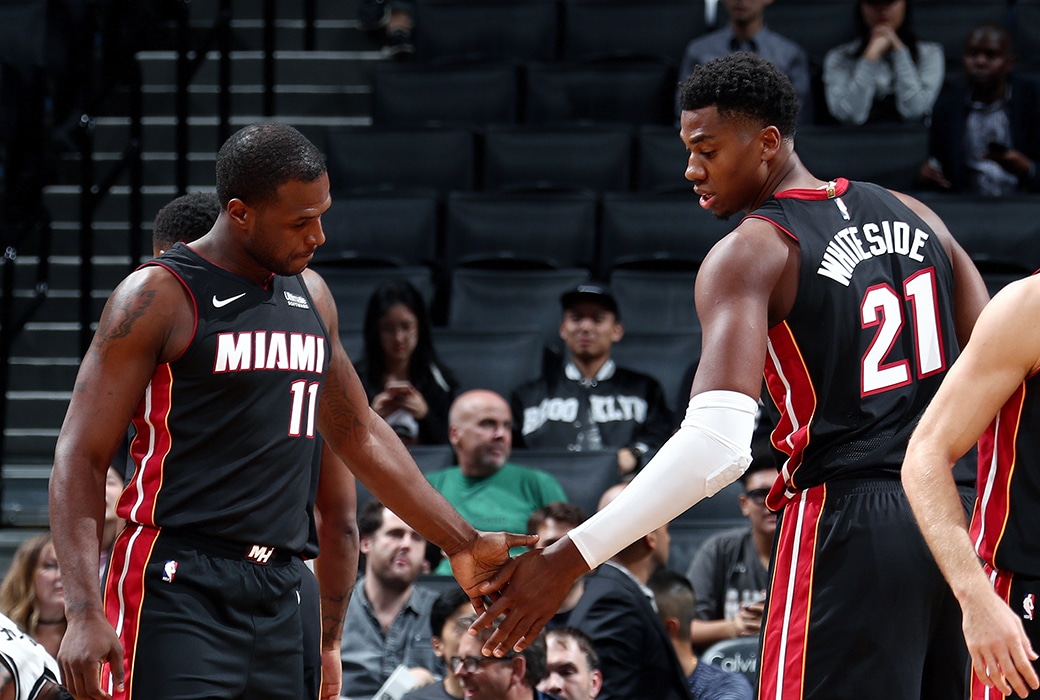 Dion Waiters offered some advice for teammate Hassan Whiteside, who publicly complained about his lack of playing time in the Playoffs.

While guesting on ESPN’s Get Up, Waiters said that it’s best to “just bit your tongue sometimes” and use it as motivation (starting at 4:47):

“As far as Hassan, the best thing to do is just bite your tongue sometimes. At the end of the day, you’re going to either back it up with your play or once again, the internet. Like I said, the gift and the curse.

RELATED:
Hassan Whiteside: ‘At Least Give Me a Chance to Fight’