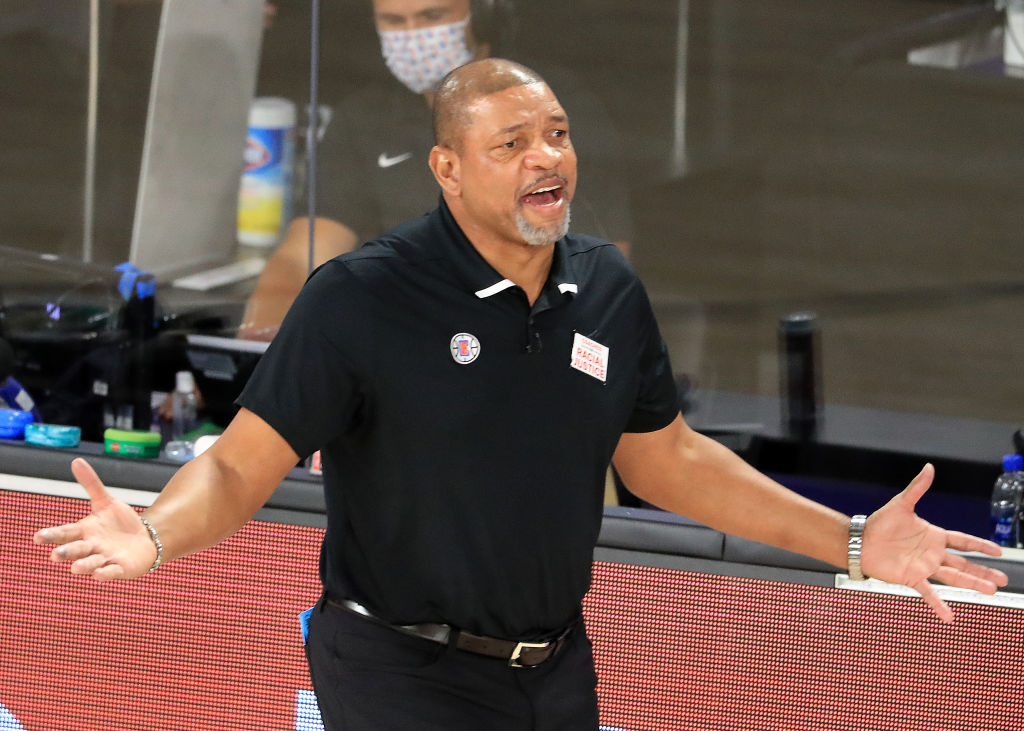 Doc Rivers has shown himself to be one of those people that leaves a good job and immediately ends up with another one.

After coaching Tracy McGrady’s Orlando Magic at the turn of the millennium, Rivers bounced back from an in-season firing in 2003 to coach Paul Pierce’s Boston Celtics the next season. Then, after walking away from the Celtics in 2013 as they released him from his contract, he lands a head coaching gig with the ‘Lob City’ Los Angeles Clippers in 2014.

Now, after being fired by the Clippers shortly after they were eliminated from the 2020 NBA Playoffs, he’s been named the head coach of the Joel Embiid’s Philadelphia 76ers.

However, despite his strokes of good fortune, Doc was ready to take a break from coaching; his first extended period without a head coaching position in 17 years.

Per ESPN’s Tim Bontemps, if the teams that had interest in him didn’t have sufficient talent and weren’t “ready to win,” that could have been the case for the 58-year-old Rivers:

“I was not going to just coach anybody, I can tell you that. I was ready to take a break … it just depended on the team that was available, and if that team in my opinion was ready to win.”

Fortunately for the Sixers, their roster and prior success presented Doc with an offer he couldn’t refuse:

“You look at these players, these young players, and their potential … the fact that they’ve had so much success in so many ways at the ages they are already, and where I think they can go, for me it’s a job you just couldn’t turn down.”

Led by two All-NBA players in Embiid and Ben Simmons, Philadelphia has a roster littered with players who can be difference-makers in Josh Richardson, Tobias Harris, Al Horford and Matisse Thybulle.

Rivers hasn’t always maximized the collective talents on his roster but he’s often gotten the best out of players individually. Should he get the 76ers to play with the chemistry the Celtics had in 2008, impressive feats may be on the horizon for Philly.

Related: Doc is ready to go by ‘Glenn Rivers’ out of respect to Dr. J