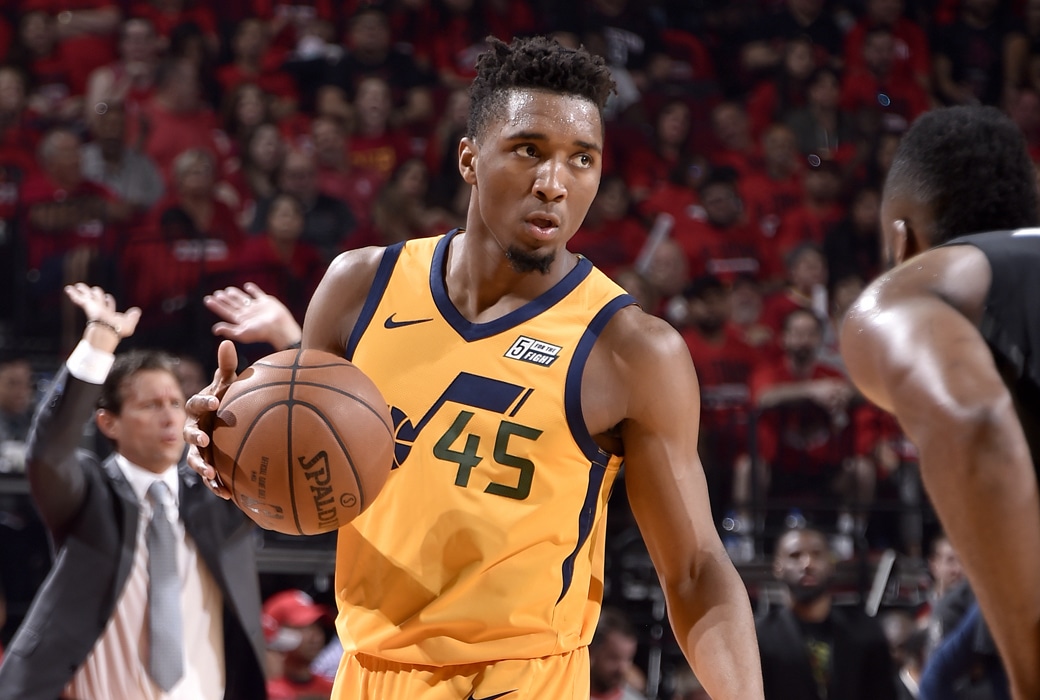 Kobe Bryant broke down Donovan Mitchell‘s Game 1 performance against the Rockets, and Mitchell has already watched it twice.

Speaking to reporters during practice on Tuesday, Mitchell said “the way [Kobe] broke it down made so much sense.”

Mitchell added that Kobe pointed-out things about his game that “you don’t understand until a guy like that breaks it down.”

Donovan Mitchell says he has watched @kobebryant’s “Detail” show analyzing his Game 1 performance vs. Houston twice already. “The way he broke it down makes so much sense and you guys should check it out, not just because it’s me,” Mitchell said. pic.twitter.com/i6aVbC9S1F

“He was talking as if it was me, which was pretty cool. But there were times where he was basically saying, ‘That can’t happen,’ or ‘This can’t happen.’

“And I’m laughing because I’m like, He was right. They can’t push me off my spot. I can’t catch the ball at half court.

“Little things like that that you don’t understand until a guy like that breaks it down. The way he broke it down made so much sense.