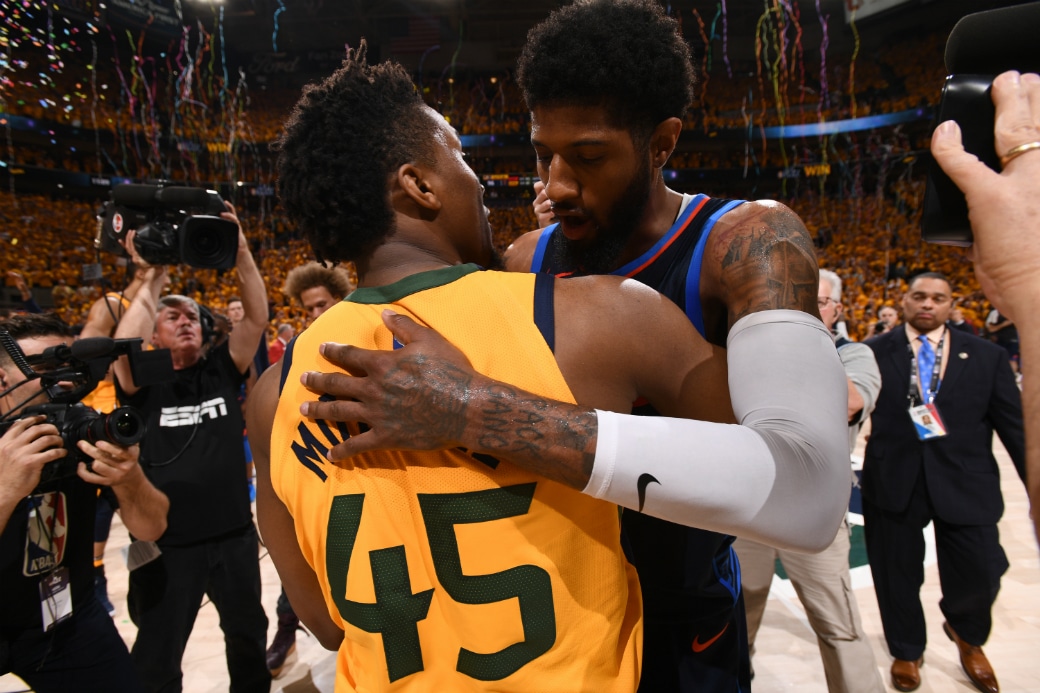 As a guest on Adrian Wojnarowski’s ESPN podcast, rookie Donovan Mitchell said he “definitely” plans to recruit his friend Paul George to the Jazz this summer:

“I was the lead recruiter at Louisville. I think I signed four or five guys before I left. I think I can recruit some guys. Coach (Rick Pitino) and coach Kenny Johnson taught me some things.

[Paul George] is due. I think it’s July 1. I’m definitely going to have that conversation.

Utah could clear up enough cap space to potentially sign one of the many big name free agents.

George averaged 21.9 points, 5.7 rebounds, and 2.0 steals per game in his first season with the Oklahoma City Thunder.