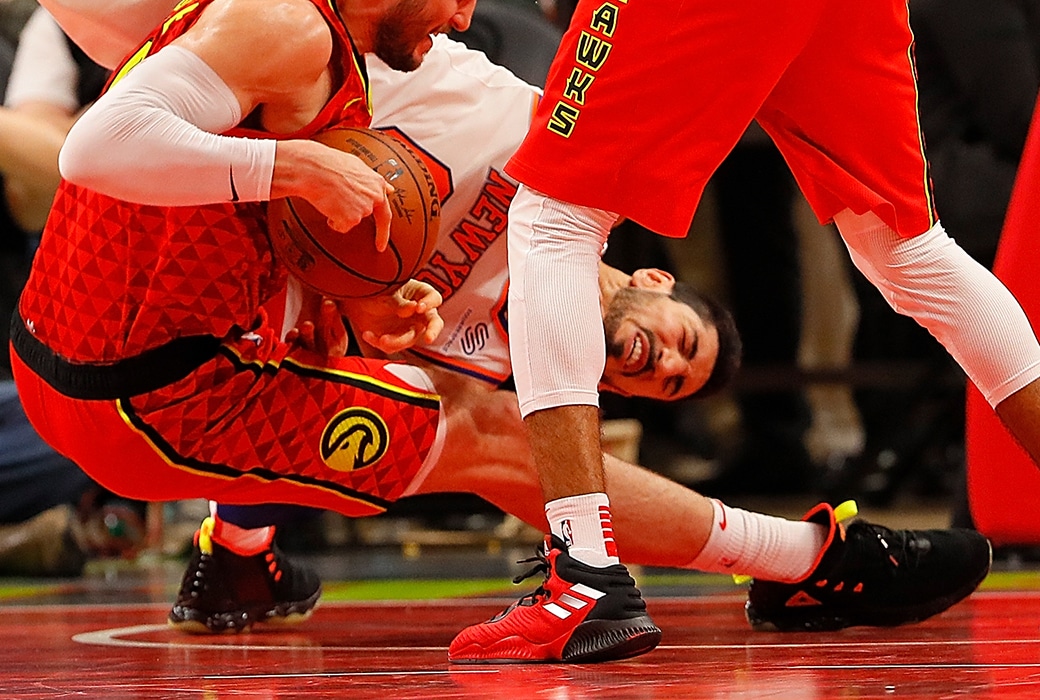 Enes Kanter is not happy with a tweet from the Atlanta Hawks which poked fun at a scary fall he took during the Knicks‘ 112-107 win on Wednesday.

Speaking to the media on Thursday, Kanter joked that a high schooler must be running the Hawks’ twitter account. (Via ESPN’s Ian Begley)

“It’s kind of weird because they just lost the game last night and the guy they were tweeting about, I got a double-double on him.

“So it’s a little weird to tweet something about him after a bad home loss. It’s just a little weird. We were just talking about it. Their social media guy is probably a high schooler.” […]

“They should consider a new [social media editor] definitely, a more mature one. Because I’ve been seeing what the Hawks account’s tweeting. It’s terrible. Very childish.”