Ex-Cavs GM: Hayward Committed To Play With Kyrie in Cleveland 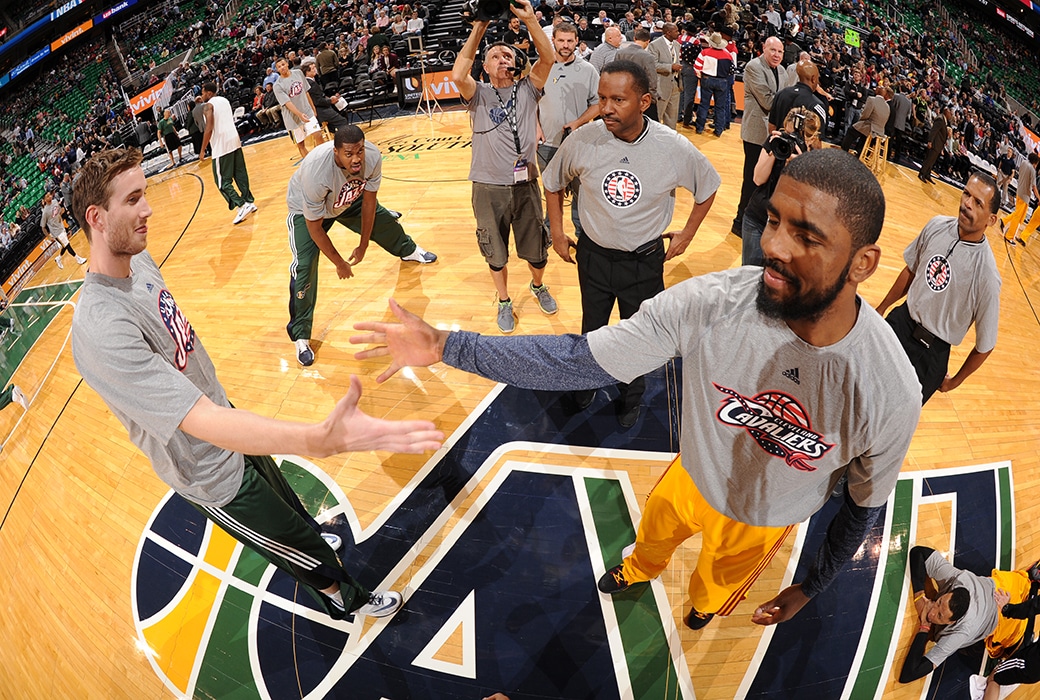 Fresh off signing an extension with the Cavaliers in 2014, Kyrie Irving had successfully recruited big-name free agents to Cleveland before LeBron James announced his return.

As Cleveland awaited LeBron’s decision, Hayward signed an offer sheet with the Hornets as a restricted free agent (Utah would eventually match). Ariza went on to ink a four-year deal with the Rockets.

“The situation in Boston fit what [Kyrie] had grown to be able to do before LeBron had got there.

“When we sat down with Kyrie and he made the decision to stay with us, he recruited every free agent that we were going to bring in, and successfully so.

“Obviously, if LeBron wants to come back, you’re going to get the greatest player of this generation. You’re going to bring LeBron.

“But Kyrie was really engaged in building a team around him, and successfully recruited [Gordon] Hayward, by way of example, as a free agent. And Trevor Ariza would have wanted to come with us.

“We had gotten commitments from a lot of guys who were waiting on LeBron to make a decision.”