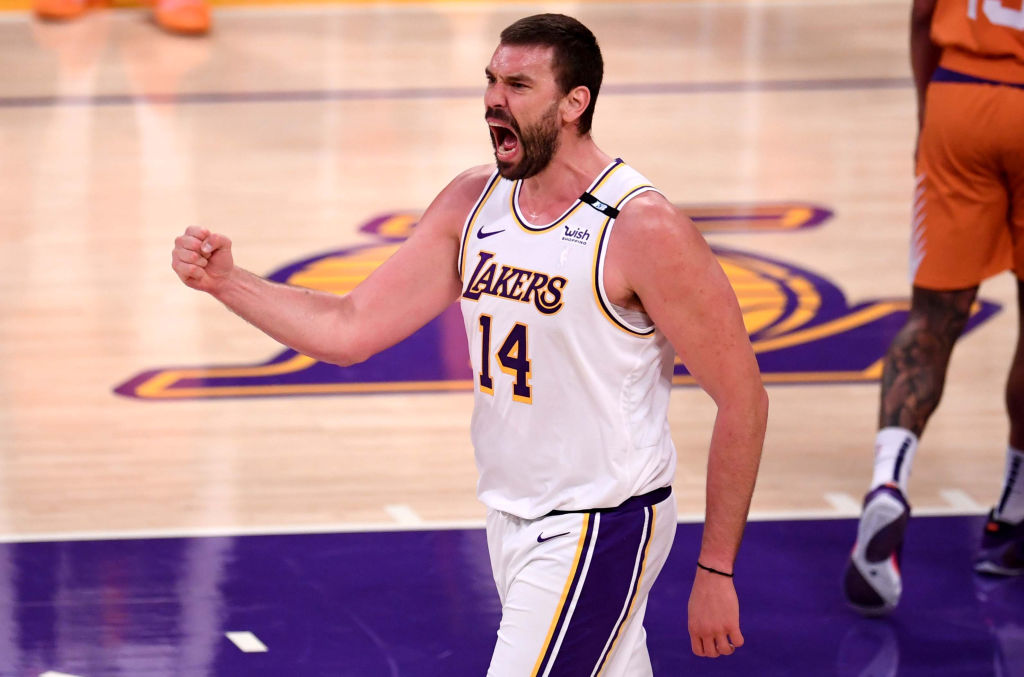 FC Barcelona recently fell short in the EuroLeague title, but already looking into how they can get better and earn redemption next season. One pathway they’re going to ally pursue is acquiring longtime NBA veteran Marc Gasol.

FC Barcelona’s manager, Juan Carlos Navarro, is expected to do everything in his power to bring Gasol to the team next season as first reported by Carrusel Deportivo’s Antoni Daimiel.

Gasol has played in 52 games for the Los Angeles Lakers this season, averaging 5.0 points, 4.1 rebounds, and 2.1 assists.

Already 36 years old, there’s no guarantee that Gasol will want to come back and play in the NBA again. He could take a similar route as his brother, Pau Gasol, who currently plays for FC Barcelona. This would be a fascinating way for the two to reunite at the end of their professional basketball careers.

With all of this in mind, Marc Gasol will still be under contract next season in the second year of the deal he signed with the Lakers last offseason. This makes things more but doesn’t make the situation impossible.