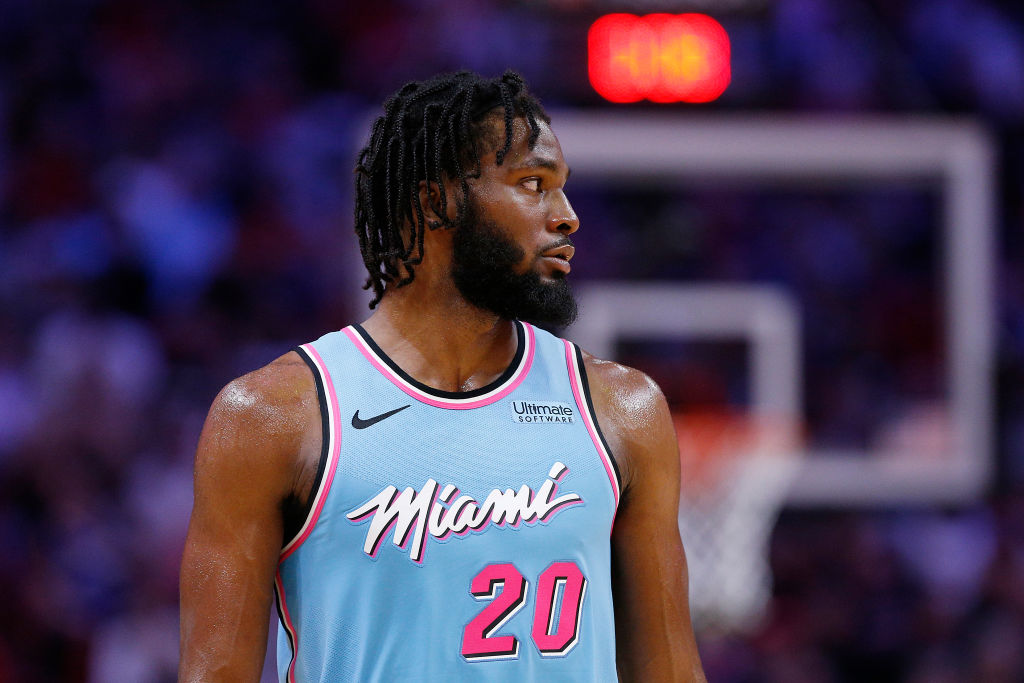 Update #2. Feb. 6, 12:16 pm: We have our first look at a comprehensive trade, courtesy of ESPN’s Adrian Wojnarowski. In addition to Justise Winslow and Dion Waiters, the Grizzlies will acquire James Johnson. The Heat will acquire Iggy, Jae Crowder and Solomon Hill.

At this stage in the process, talks between the Thunder and Heat have stalled, Woj notes.

Update #1, Feb 6, 11:30 am: Jae Crowder and Solomon Hill are heading to Miami. Dion Waiters to Memphis. Details in story.

The Memphis Grizzlies have agreed to acquire 23-year-old Justise Winslow as part of a multiplayer trade with the Miami Heat, ESPN’s Adrian Wojnarowski reports. The move, which brought a formal end to the Andre Iguodala Era in Tennessee evolved in stages over the course of the evening and into Thursday.

The Grizzlies had been shopping Iguodala ever since the moment they acquired him from the Warriors in an offseason salary dump. They yielded a first-round pick from Golden State in doing so because it allowed them to pull off their D’Angelo Russell sign-and-trade deal.

Now that Memphis has scored another formidable asset in Winslow, the deal has to be considered a win for the rebuilding Grizzlies franchise that finds themselves battling for the No. 8 seed in the Western Conference despite a young roster.

While Winslow has only played in 11 games for the Heat this season, he’s a high-upside forward with a dramatic range in skill sets that could grow with Memphis core.

Winslow’s $13M falls short of the $17.2M that Iguodala earns although he comes with additional team control that the Grizzlies will appreciate.

In addition to Iguodala, the Heat will also received Jae Crowder and Solomon Hill, two veteran rotation pieces with significant contracts of their own. The inclusion of Hill and Crowder necessitate the inclusion of additional outgoing salary for Miami.

Shams Charania of The Athletic, who tweeted the Hill and Crowder inclusion also reports that Dion Waiters is on his way to Memphis.

Additional details of this trade could be contingent upon what the Heat decide to do with Danilo Gallinari, a player they’re also said to be pursuing. The trade could even evolve into a three-team affair.

Related: Iguodala has already agreed to a two-year contract extension with the Heat.