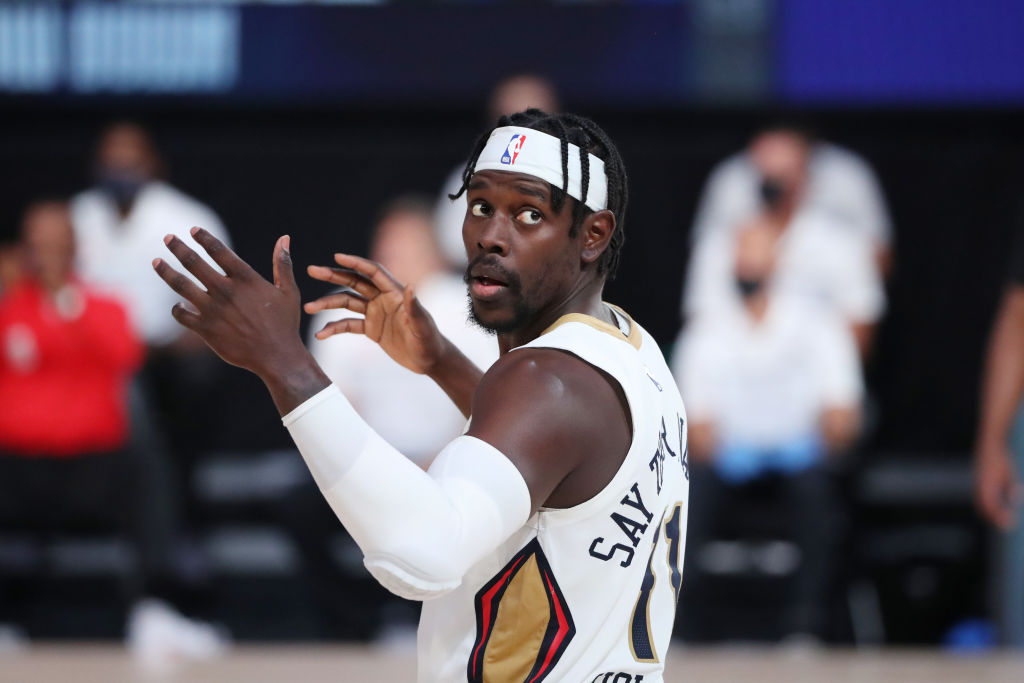 The Atlanta Hawks have a ton of young talent and are looking to take a big step forward this season. In fact, it was recently reported that the Hawks were shopping their No. 6 overall pick in the 2020 draft to get a proven player and shift into a win-now mode.

With the intent of making a playoff push and having the No. 6 pick to use in trade talks, it seems Atlanta may make a run at Jrue Holiday. Marc Stein of the New York Times reported that the Hawks have emerged as a potential trade partner with the New Orleans Pelicans.

It’s worth noting that Holiday could end up being a rental, as he has the option to decline the final year of his deal in the 2021-22 season, meaning this could be his last season under contract.

According to Stein, Holiday is in fact expected to opt out. With this in mind, Atlanta will have to make sure this is a risk they are willing to take.

Last season for the Pelicans, Holiday averaged 19.1 points, 6.7 assists and 4.8 rebounds per game while being one of the league’s top perimeter defenders. Now, at age 30, he could end up being a veteran presence that could help get the Hawks to the playoffs.