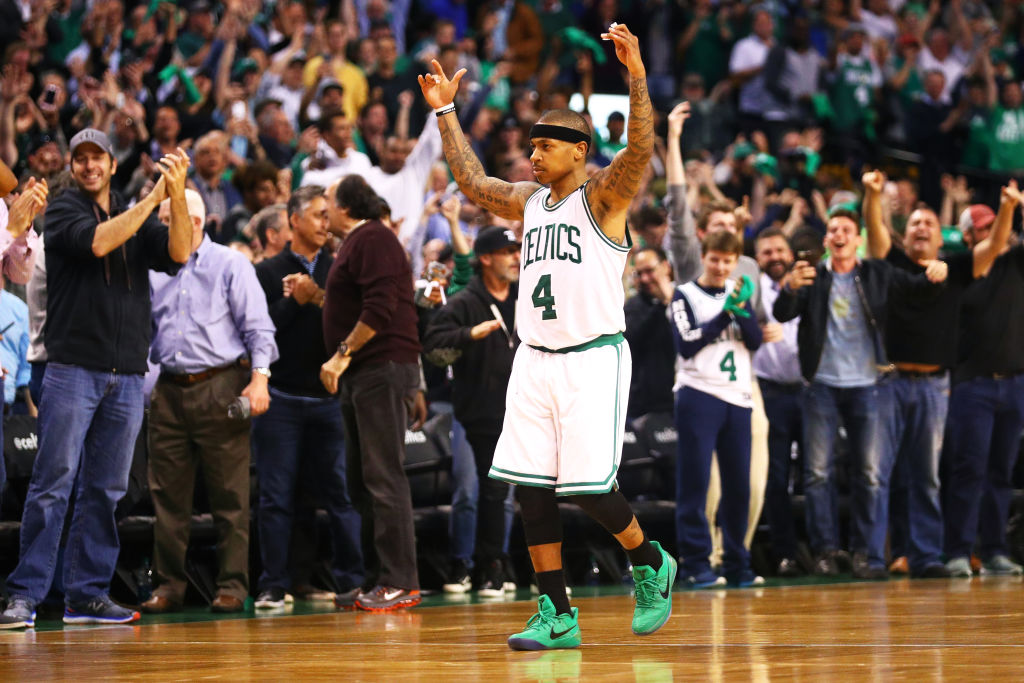 A lot has happened since Isaiah Thomas took the league by storm during the 2016-17 season, averaging 28.9 points per game for the Celtics and having an unforgettable playoff run. Shortly after that historic season, Thomas had hip surgery and has since bounced around the league, playing for four different teams and never finding a consistent role. He had faced issues with his hip since the initial surgery and has had additional procedures performed.

However, Thomas thinks he is finally back to his NBA All-Star level self. Late last month, he went to Los Angeles for a workout and scrimmages with other NBA players and felt as good as he had in years. Thomas spoke with Adam Himmelsbach of the Boston Globe about this workout and how great he performed in that 5-on-5 action in LA.

“That only gave me more confidence to be able to play the game again. I mean, I was blowing by people. I haven’t blown by anybody since I had a Celtics uniform on. When I was able to blow by MVP-caliber players, that told me my burst and power and speed are there. I really feel like I’m back.”

Although he stands at only 5-foot-9, Thomas was one of the most explosive offensive players in the NBA before his injury. He has always played with a chip on his shoulder after being the very last pick in the 2011 NBA Draft.

If he is fully healthy again and playing anywhere close to the level he was at in 2017, there is no question Isaiah Thomas will be able to help an NBA team in the upcoming season.