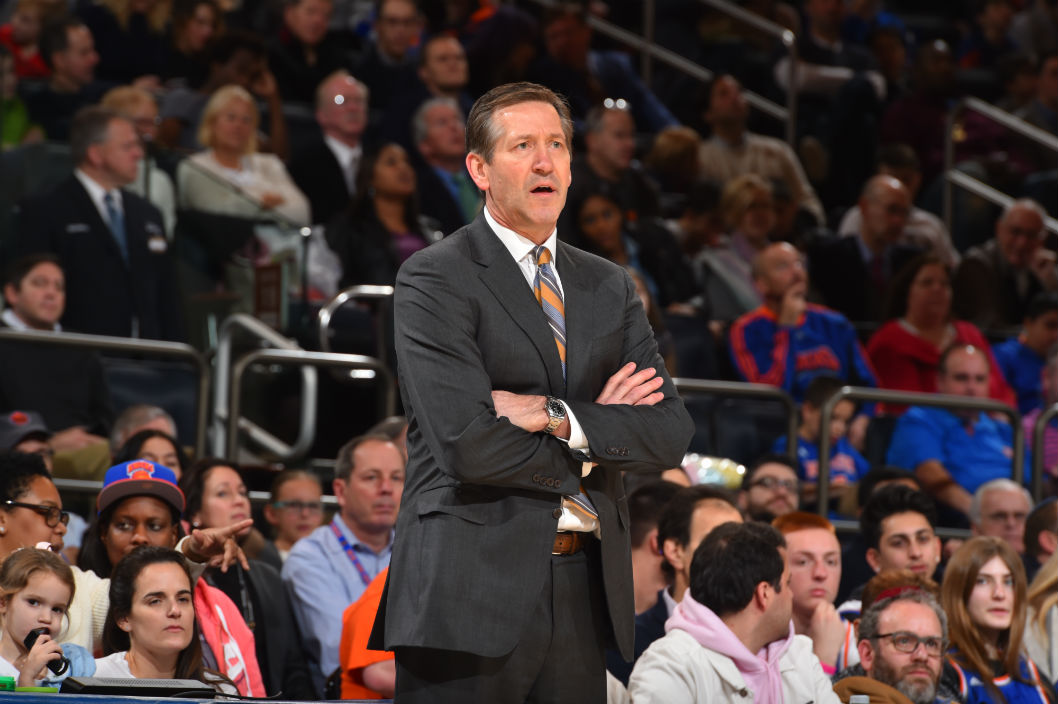 “I think it probably was,” Hornacek said when asked if the triangle was a “hang-up” for potential free agents last summer. “I think we truly believed that we could blend it [into Hornacek’s preferred offense]. And we found out that probably wasn’t great.”

“Most of the teams, if you look around the league, most of the teams play the same way. There’s not a lot of difference in how teams play,” Hornacek said. “It’s getting certain guys, with their abilities, to put them in those positions [to succeed].”

Former team president Phil Jackson pushed Hornacek to integrate the triangle into his own offensive system, which was successful in Phoenix.

Hornacek went on to discuss the upcoming free agency period, sharing his belief that All-Star Kristaps Porzingis will help attract others to New York:

“You’ve got to look at, ‘Are we ready next year?’ With KP coming back probably a little later, no. But the pieces are being laid down,” Hornacek said. “You have Porzingis, and a lot of guys around the league have talked about wanting to play with him. They know he’s a great player. And what we were able to do without him this year, getting a lot of guys experience, they see the pieces. And sometimes that’s all it takes is one guy, one year and then another guy another year, and then you’re all right. So I think that’s the selling point. … I think it’s a great city to play in.”