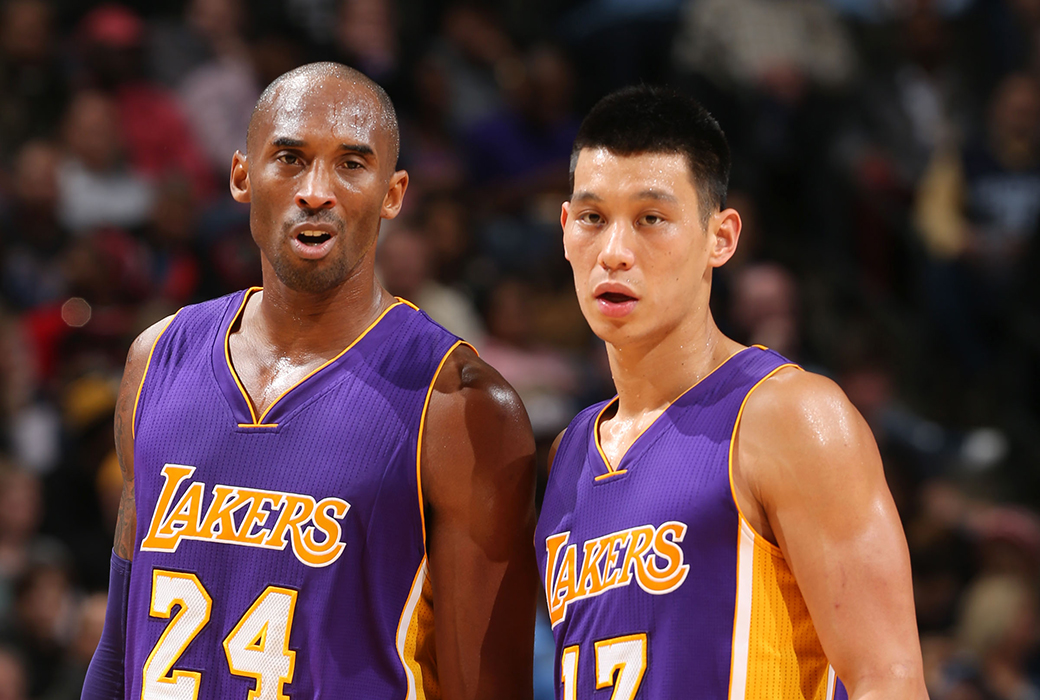 During the 2014-15 season, the Lakers had a 13-40 record with the trade deadline just a day away. Kobe Bryant, who had been away from the team to rehab a torn rotator cuff, unexpectedly showed up to Lakers practice.

While guesting on a recent episode of “Inside The Green Room,” Jeremy Lin recalls how a straight-faced Kobe told his teammates, “I just came by to say bye to some of you bums who are going to get traded tomorrow.”

Ironically, the Lakers didn’t make any trades before the deadline. (Starting at 19:42):

“He walks in, and everyone’s like, Ohhh. Carlos Boozer’s like, ‘Kobe, good to see you bro. We haven’t seen you in a bit. How come you came today?’

“He was just stone-faced. He was like, ‘I just came by to say bye to some of you bums who are going to get traded tomorrow.'” […]

“If I were to guess, he was probably more on the end of serious. But I don’t think he was all the way serious either because after that, people that talked to him caught up with him. So it wasn’t like hostile. But it was so him.”