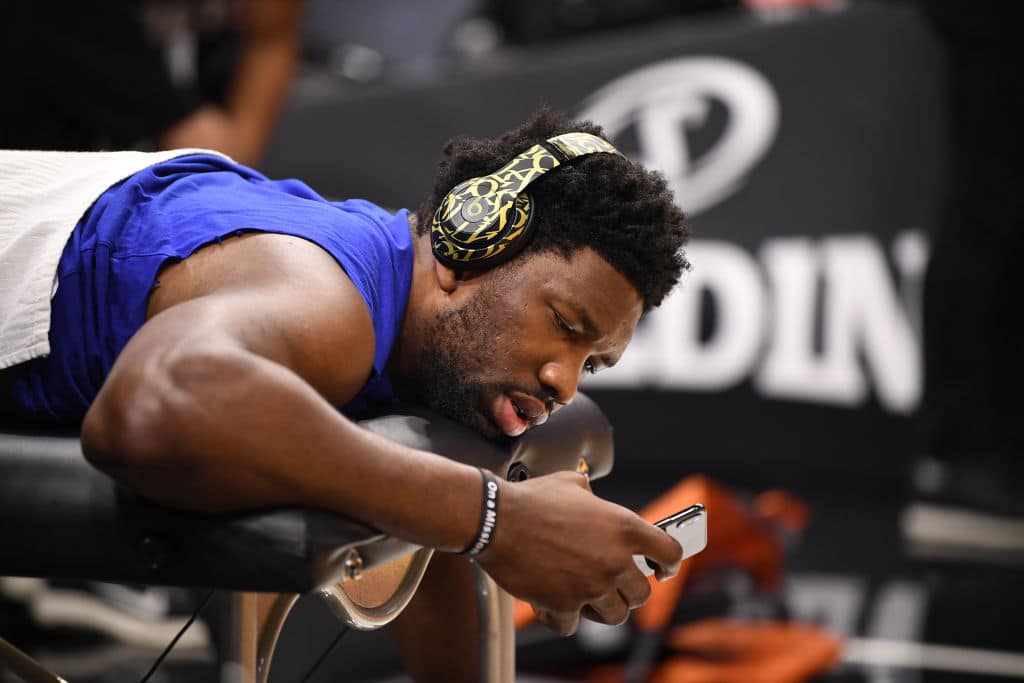 Joel Embiid, one of the players Colangelo is alleged to have criticized, says he doesn’t believe the story.

Fun night on Twitter lmao.. All jokes asides I don’t believe the story. That would just be insane

Sixers All-Star center Joel Embiid tells ESPN on Bryan Colangelo: “I talked to him and he said that he didn’t say that. He called me just to deny the story. Gotta believe him until proven otherwise. If true though, that would be really bad.”

Colangelo issued a statement Tuesday saying one of the accounts belonged to him, but denied being the author of the damaging tweets.

Maybe there’s an IT person who can prove it wasn’t Bryan Colangelo, but here’s one of his biggest problems in disputing Ringer story: Those tweets reflected not only private team biz, but launched personal beefs/jealousies/frustrations that he’s shared inside and outside 76ers.

Nevertheless, Colangelo is denying he is responsible for those tweets and many league executives seem to believe this: It is hard to fathom a GM risking his job in such a reckless manner. Many are giving him the benefit of doubt on that level alone. It just doesn’t add up. https://t.co/BDn3n0os2a

Colangelo, the son of longtime sports executive Jerry Colangelo, stepped in with the Sixers after [Sam] Hinkie resigned. He lost his GM job in Toronto after the Raptors missed the playoffs for the fifth consecutive season, and [Masai] Ujiri took over basketball operations.

According to The Ringer, one of the Twitter accounts it connected to Colangelo downplayed Hinkie’s role in the franchise’s turnaround. It also lamented in another post that Ujiri hadn’t done anything to make the Raptors better.

Another account accused Embiid of “playing like a toddler having tantrums,” and one criticized [Markelle] Fultz for his work with his “so called mentor/father figure.”