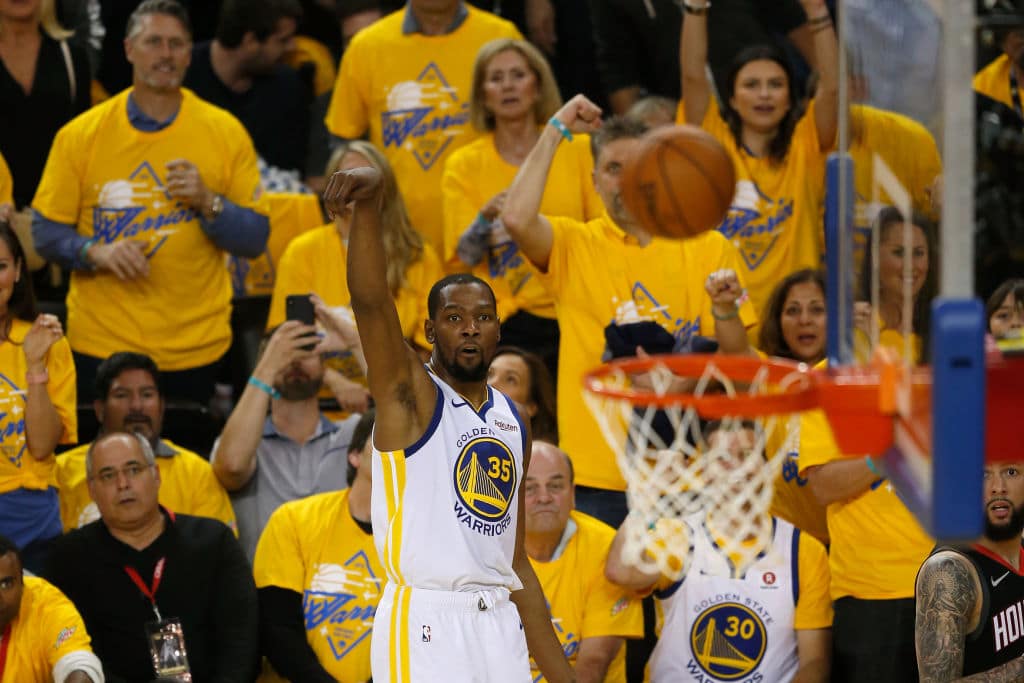 Update #1: Warriors head coach Steve Kerr has told the media that Kevin Durant will practice with the Warriors today and attempt some extra work with the team’s young players that he hasn’t yet attempted throughout his recovery this far.

Through every step of Durant’s recovery, Kerr has insisted that he needed to gauge how Durant responded after a good practice.

A report from The Athletic’s Sam Amick suggests that confusion and angst have begun to mount in the Golden State Warriors’ locker room given the uncertain status of star teammate Kevin Durant.

Durant, who has been sidelined over a month since the team’s second-round series, had appeared to make progress in practice but didn’t end up appearing in the lineup as the team fell down 3-1 to the Raptors in the NBA Finals.

To be perfectly clear, whether Durant plays or does not play comes down to Warriors trainer Rick Celebrini, so it stands to reason that any frustration felt by the Warriors’ organization would be shared by the 30-year-old All-Star himself.

Amick writes that there was real hope that Durant would make his return to the team for Game 4. If he had, of course, there’s the chance that his presence could have helped the team tie the Finals at two games a piece. He didn’t, however, and irritation has grown.

There has been no decision made regarding Durant for Game 5 at this time and there’s little more information out there other than the fact that TSN’s Josh Lewenberg is reporting that Durant won’t speak with the media after practice today.

Don’t expect much more than that as Warriors coach Steve Kerr has said that he’ll refrain from giving frequent updates regarding Durant’s status heading forward.

“We’re hoping [Durant] can play Game 5 or 6,”’ Kerr told the media on Friday. “And everything in between I’ve decided I’m not sharing because it’s just gone haywire. There’s so much going on, and so it doesn’t make sense to continue to talk about it. He’s either going to play or he’s not.”