Klay Thompson To Return In Game 4; No Decision Yet On Kevin Durant 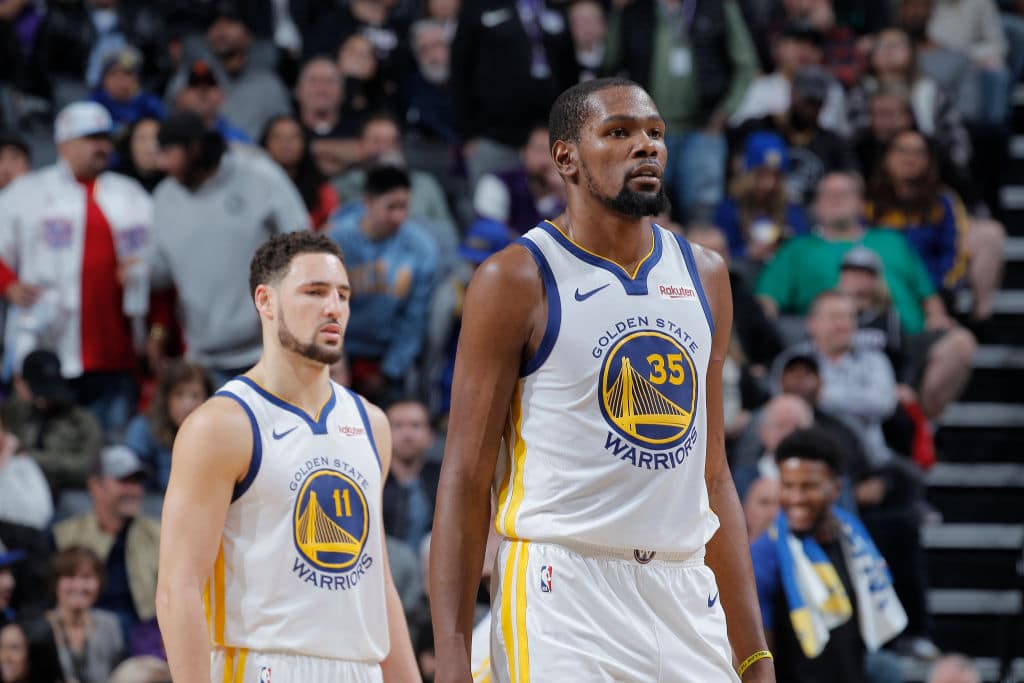 The Golden State Warriors will welcome at least one All-Star back to their lineup for Game 4 for the the NBA Finals tomorrow, Chris Haynes of Yahoo Sports reports. The news coincides with what The Athletic’s Tim Kawakami reported late Wednesday night, that Steve Kerr had personally expected Klay Thompson back in the lineup.

Thompson reluctantly sat out Game 3 with a hamstring strain suffered in Game 2, cautious not to make the mild injury worse and jeopardize his availability for what could be a grueling seven-game series.

“The whole point was to not risk a bigger injury that would keep him out of the rest of the series,” Kerr said. ” […] Never would have forgiven myself if I played him tonight and he had gotten hurt. So you live with the decision you make, you make a wise decision, the wisest one you can, and then you live with it and move forward.“

There’s no known decision as to the status of Golden State’s other injured superstar, Kevin Durant.

As Jeff Faraudo of The Mercury News broke down Wednesday night, Durant had shown encouraging signs of progress during practice prior to Game 3. The club now will look to push him even harder, running him through simulated sets of 3-on-3 and 5-on-5.

“We probably won’t practice, practice as a team [Thursday]. It will be a film session and a walkthrough,” Kerr said. “So if possible, we’ll get him together with some of our young guys, maybe a few of our coaches and try to get him out on the floor. That would be the next step.“