Kevon Looney Could Return From Collarbone Injury This Series 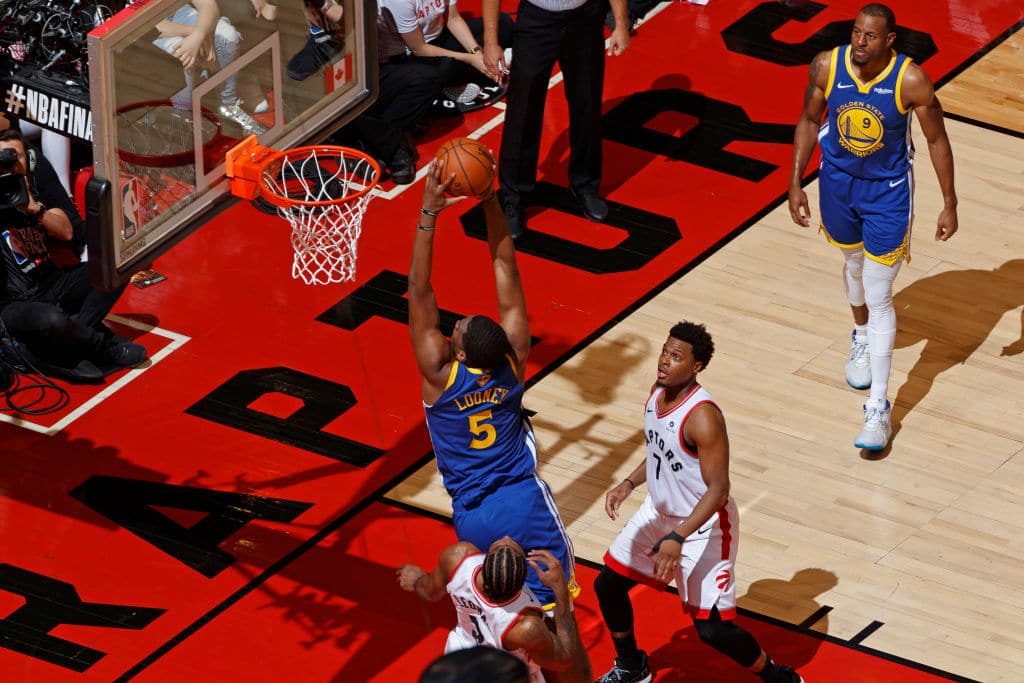 Despite a collarbone fracture that was said to keep Warriors center Kevon Looney out of action indefinitely – presumably for the duration of the NBA Finals – ESPN’s Tim Bontemps is reporting that further evaluation shows that the 23-year-old may be able to return during the series after all.

Looney initially sustained a non-displaced first costal cartilage fracture in Game 2 and the Warriors have leaned more heavily on DeMarcus Cousins and Andrew Bogut in the post since.

Looney will undergo further testing to see he can indeed reach a point where he could play in the Finals but, given head coach Steve Kerr’s reluctance to play Kevin Durant and Klay Thompson at less than 100%, there’s no guarantee that Looney does end up getting an official green light to return to action.

Looney has averaged 7.2 points and 4.7 rebounds per game for the Warriors this postseason.