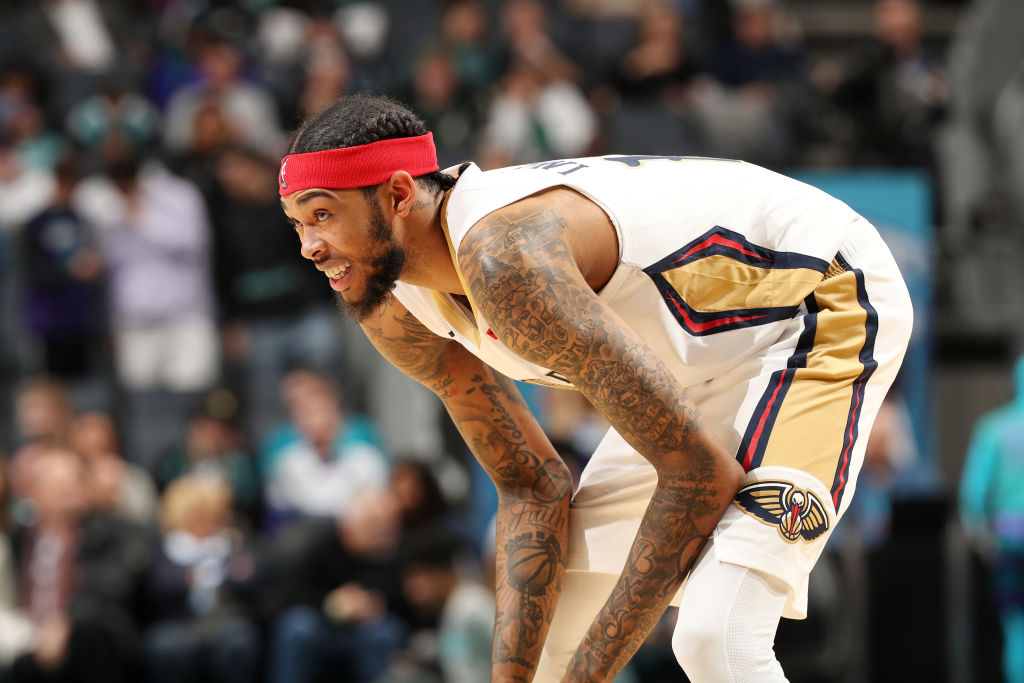 The New Orleans Pelicans have been without breakout star forward Brandon Ingram for four consecutive games now and the 22-year-old is still considered day-to-day heading forward.

Ingram’s Sunday night absence comes just days after it was revealed that he had been progressing and potentially nearing a return to action. On Friday night the team listed Ingram as probable for their Saturday night contest.

Ingram, formally listed as doubtful ahead of the team’s Sunday night game, warmed up with a heating packs on his knees and ultimately sat out for the short-staffed Pels.

According to ESPN’s Andrew Lopez, Ingram’s string of absences are due to soreness that the forward has experienced after hyperextending his right knee and are unrelated to the clotting scare that ended his 2018-19 campaign and affected him into the offseason.

Scott Kushner of The Times Picayune reported last week that an MRI conducted on Ingram’s knee following his first absence came back clean. The franchise, however, has been patient with the early contender for Most Improve Player.

In the nine games that he has played, Ingram has averaged 25.9 points and 7.3 rebounds per game.