Kobe Asks to Be Traded 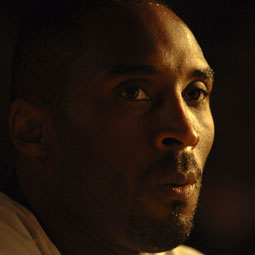 Folks, I’m just as shocked as you are.

Kobe Bryant, in an interview with Stephen A. Smith, has asked to be traded from the Los Angeles Lakers.

“I would like to be traded, yeah,” Bryant said on 1050 ESPN Radio in New York. “Tough as it is to come to that conclusion there’s no other alternative, you know?”

Bryant, interviewed by Stephen A. Smith, was asked if there was anything the Lakers could do to change his mind?

“No,” Bryant said. “I just want them to do the right thing.”

Wow. I knew the guy was frustrated, but who could have foreseen this coming?

Yesterday, he appeared on a radio show in LA and basically lashed out at the entire Laker organization. You can listen to the interview by following the link here. In the interview, Bryant claimed that the Lakers lied to him about their rebuilding plans; he couldn’t believe that a Laker “insider” blamed him for Shaq’s departure; he said that Caron Butler — a good friend of Bryant’s — was traded without his consultation; and said management never made any real efforts to acquire big-time players who desperately wanted to come to LA (Baron Davis, Carlos Boozer, and Ron Artest).

Kobe being Kobe, though, said that he did not want to be traded and that he wants to be a Laker for life. That was yesterday. Today, he says that he wants out. Obviously, this is a hard guy to figure out. It’s too early — for me at least — to come up with realistic trade scenarios for the disgruntled Bryant. Once you get over the shock yourselves, go nuts in the comments.