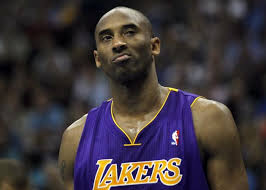 Most of the basketball world reacted negatively to Kobe Bryant’s two-year, $48.5 million extension with the Los Angeles Lakers. Media and fans tsk-tsk’d the franchise for giving so much money to a late-career Kobe; some of them accused Bryant of being selfish for taking the deal.

The superstar guard can’t understand why there’s widespread criticism for his agreement to a contract that will make it harder for the team to build a title-contending team — regardless of what they may otherwise claim — and advises other players not to let NBA team owners pay them any less than they’re worth.

“Most of us have aspirations for being businessmen when our playing careers are over,” Bryant said. “But that starts now. You have to be able to wear both hats. You can’t sit up there and say, ‘Well, I’m going to take substantially less because there’s public pressure, because all of a sudden, if you don’t take less, you don’t give a crap about winning. That’s total bull—-. I’m very fortunate to be with an organization that understands how to take care of its players, and put a great team out on the floor. They’ve figured out how to do both.”

“Most players in this league don’t have that. They get stuck in a predicament – probably intentionally done by the teams – to force them to take less money. Meanwhile, the value of the organization goes through the roof off the backs of their quote, unquote selfless players. It’s the most ridiculous thing I’ve ever heard.” […] “Bull—-,” Kobe Bryant finally again said on his way back to the locker room. “Pure bull—-.”

Kobe’s argument is simple: the owners strong-armed their way into the punitive CBA, and it makes no sense for the players to be the ones forced to sacrifice.

Besides, Kobe Bryant has just accepted a big paycut.