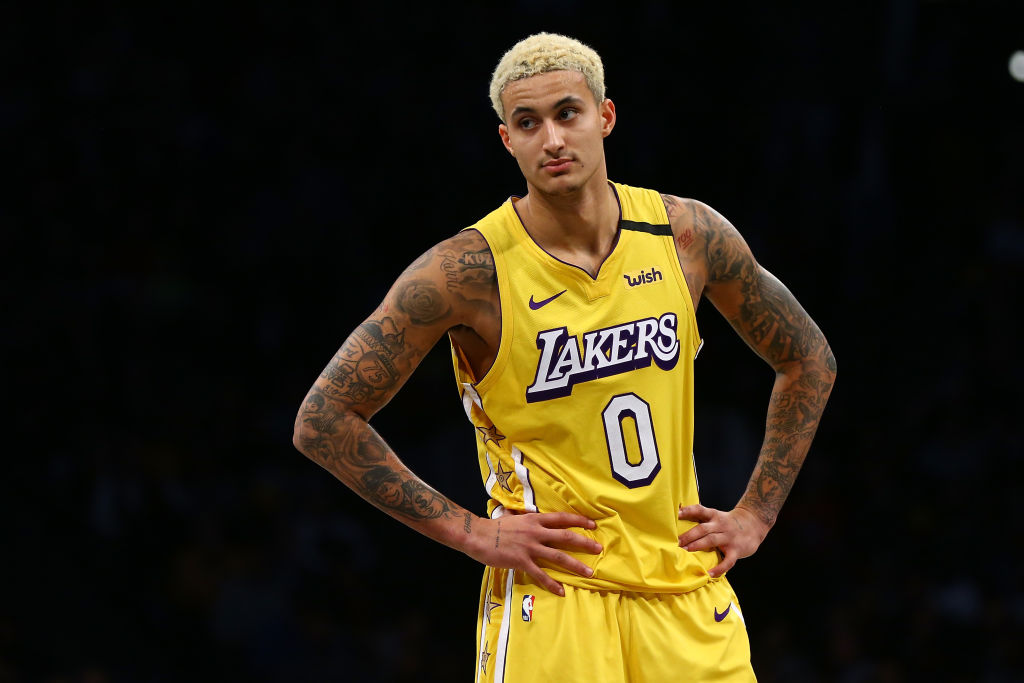 Could Kyle Kuzma be the key to the Los Angeles Lakers’ acquiring a third major piece behind LeBron James and Anthony Davis? Speculation about Kuzma’s future has always been popular and it’s grown as the Feb. 6 NBA trade deadline approaches.

The Lakers dealt away nearly all of their young prospects in the Davis trade, sending former top-2 picks Lonzo Ball and Brandon Ingram along with Josh Hart to the Pelicans.

Isaac Bonga and Moritz Wagner received a trip to Washington in order to facilitate the deal but through it all Kuzma remained in purple and gold.

While it doesn’t seem like a third star is in the cards for Los Angeles before Thursday, the Kuzma trade chatter hasn’t ceased since the Lakers’ big offseason.

Sacramento reportedly had interest in Kuzma, though it’s unclear where those talks currently stand. The Kings proposed an offer of Nemanja Bjelica and an additional asset while the Lakers were set on obtaining Bodgan Bogdanovic.

The Knicks had exploratory talks recently with the Lakers over bringing Kuzma to New York. Perhaps Marcus Morris would intrigue the Lakers, though the two players’ salaries do not align and other pieces would need be involved.

The situation is worth monitoring given that Kuzma is represented by CAA and the Knicks have a long history of catering to the agency’s clients.

The Wolves have interest in the former No. 27 overall, though the team views pursuing D’Angelo Russell as a higher priority. Minnesota just agreed to a four-team trade that brought them an additional asset: a first-round pick, that the franchise would like to use in a deal for Russell.

While Kuzma’s 2019-20 numbers are down from last year when he was a more prominent part of the offense, the 24-year-old has had a consistent role off the bench for Los Angeles this season. He’s averaging 25.0 minutes per game off the bench for the ultra-competitive Lakers.