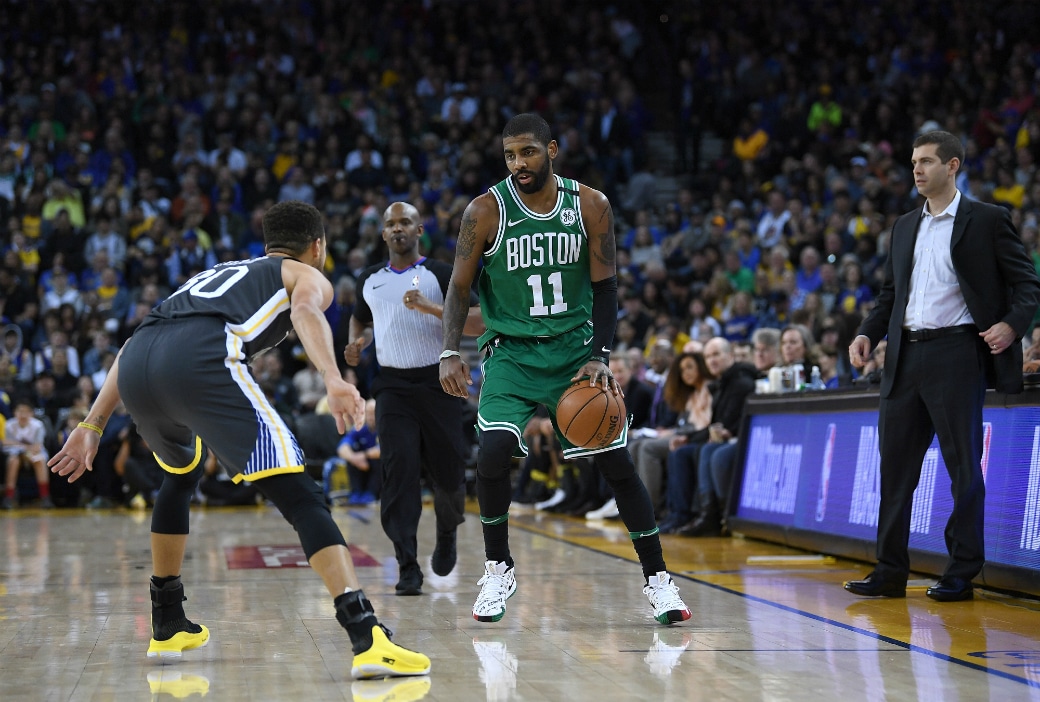 Kyrie Irving is back. And confident as ever.

In an interview with ESPN‘s Jackie MacMullan, the All-Star point guard, who hasn’t played in a game since March, discussed his successful recovery from multiple knee surgeries:

“I’m moving completely differently. I’ve worked on my strength and have a heightened awareness of what my body needs on a day-to-day basis. I spent all summer trying get my left leg to catch up with my right. And it’s there.

“Now when I go to the rim. I’m able to maintain my strength and athleticism, so when I get under there I have all sorts of options. No limitations. I can pick my spots. It’s a lot better.”

That health, along with “who [the Celtics] have,” gives Irving faith that his team can take down the Warriors in a 7-game series:

Pressed if he would be disappointed if they didn’t win a championship, Irving responded, “Can we beat Golden State in a seven-game series? Yes.”

What makes him so sure?

“Because of who we have,” Irving answered, “and what we’re establishing here, not just for this season, but for hopefully for the next few years, something that’s pretty special.

Kyrie went on to stress that he “knows what it takes” to beat the “powerhouse” that is Golden State, having matched up against them in three straight Finals:

“Now, how do I communicate to our guys that this is the top-tier team, and we have to grow immensely in the next six months to beat them consistently? Not just one game, not just two, but in a seven-game series, because they’re so dang great.”