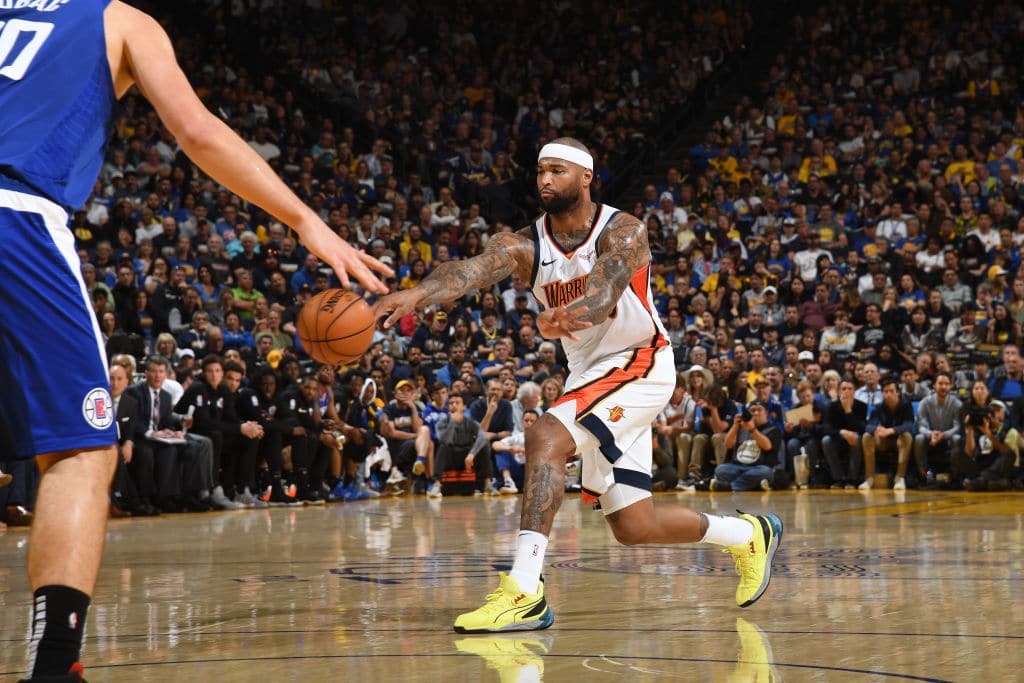 The Los Angeles Lakers have applied for a disabled player exception with which to replace injured center DeMarcus Cousins, Shams Charania of The Athletic reports. If granted, the organization will be permitted a $1.75 million exception to go out and land another player.

Teams apply for the disabled player exception when they believe a third party doctor will rule a player out through at least June 15 of the following year. Cousins, with a torn ACL, was not expected to suit up for Los Angeles this season.

If approved, the Lakers will be able to sign a player for a predetermined amount of half the injured player’s salary (or the non-taxpayer’s MLE, whichever is lower) or acquire one in a trade. Since Cousins signed a $3.5 million, one-year pact in July, the DPE was pegged at $1.75 million.

The Lakers are roughly $10 million over the salary cap but have room to onboard a replacement player without creeping into luxury tax territory. There’s no rush, however, for the franchise to use the DPE, considering that it won’t expire until March 10.

If the DPE is approved and the team seeks to use it, they’ll have to first clear a spot. As we wrote about last week in our breakdown of the Lakers’ roster, L.A. already has the max of 20 players heading into training camp. They would need to part ways with one of those players before signing a replacement.