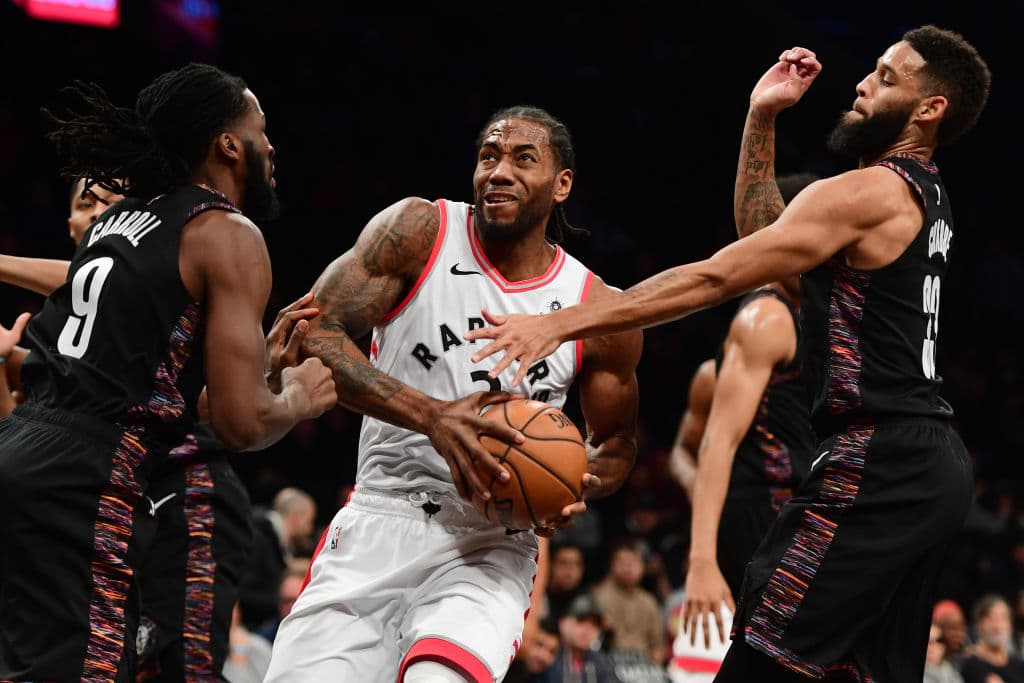 The Los Angeles Lakers are the true threat to poach Kawhi Leonard from the Toronto Raptors, Marc Stein of The New York Times reports, not the Clippers as has been floated for the better part of the 2018-19 season.

The Lakers, now with enough cap space to sign Leonard to a max contract, have the opportunity to pair Leonard alongside LeBron James and Anthony Davis, an unprecedented Big Three of top-five players.

Stein goes on to explain that the Clippers’ best bet to land Leonard may be to first convince Kevin Durant to play there and hope that his presence will be enough to lure the reigning Finals MVP. That’s tall order.

Leonard has long been connected to Los Angeles, initially the Lakers but ultimately the Clippers when they freed up enough cap space to potentially pair the superstar with another max free agent target.

The Lakers getting a leg up on their cross-town rival doesn’t necessarily mean that Leonard’s departure from Toronto is inevitable, however. In fact, Raptors president of basketball operations Masai Ujiri remains confident that they’ll be able to convince the star to return after the two parties won the 2019 NBA championship together.