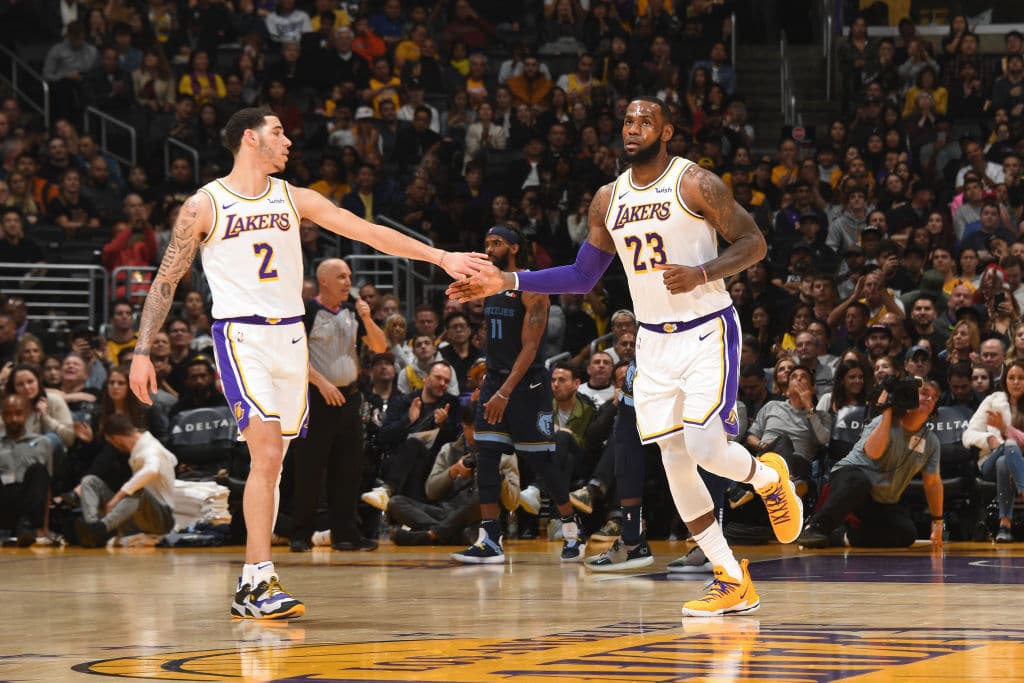 Ball has cut ties with his family’s Big Baller Brand: Lonzo says co-founder Alan Foster “is a convicted felon who used his access to my business and personal finances to enrich himself” to the tune of $1.5 million.

James adds that he’s proud of the 21-year-old for “taking command” of his business affairs.

“Whatever the kid decides to do, whatever brand he comes with next — if it’s with Nike obviously we would welcome him,” James told The Times. “I would definitely welcome him. I love the kid regardless of what shoes he had on. But we shall see.”

“I love the fact that he’s taking control of his [stuff],” James said. “I mean, he’s, that’s what’s really, really dope to me. Once I saw that story I just seen a kid turning into a man. ‘This is my career and I’m taking this. I done had enough with — whatever. I done had enough. Whatever. If I’m not going to be successful, I’m not going to be successful on my terms.’ I saw a lot of that. We’ll see.”

He added with a smile: “I mean he plays well when he has on Nikes.”