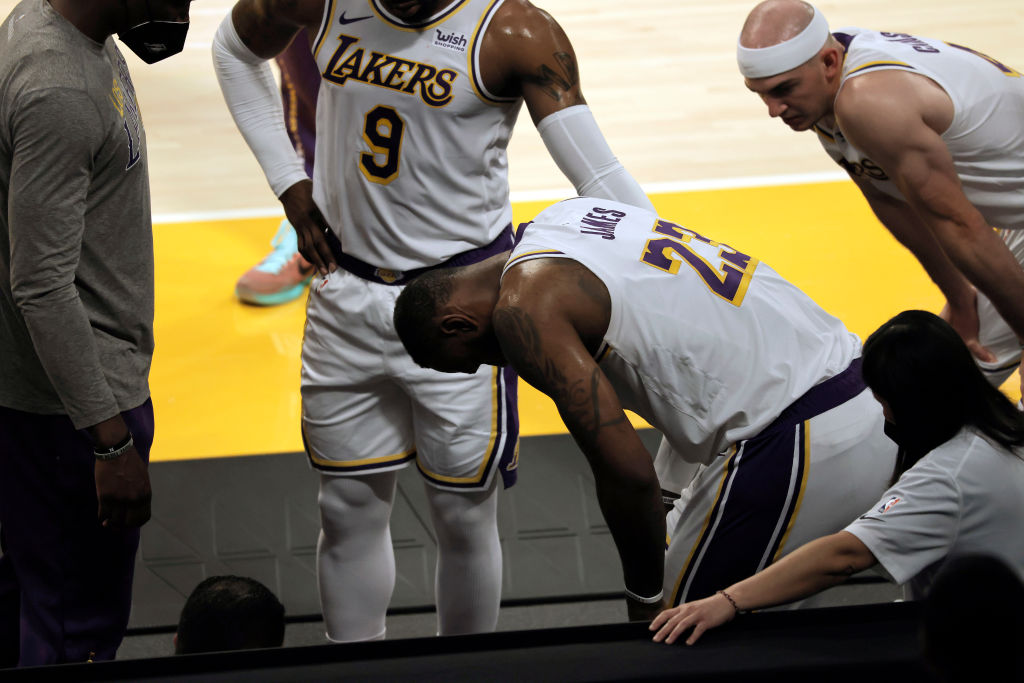 Over the course of his storied career, Los Angeles Lakers legend LeBron James has become the standard of durability, playing 18 seasons without any major injury (such as a fracture or tear).

However, last weekend, James’ indestructability was put to the test when he suffered a high ankle sprain while playing against the Atlanta Hawks; an injury that arguably looked worse than any he’s sustained before.

According to Stadium’s Shams Charania, James had a 4-to-6 week recovery period that started on Mar. 20. With that in mind, James could be out from anywhere from three to five more weeks.

As the Lakers’ final game of the regular season is in mid-May, James should have at least a couple of weeks to get back in rhythm before the Western Conference Playoffs, if not an entire month. While that may damage LeBron’s chances of winning a fifth MVP award, a healthy and rested James will be a formidable foe in the postseason, especially with the 36-year-old seeking his fifth NBA championship.

That being said, look for Los Angeles to play at least their next dozen games without their team leader.