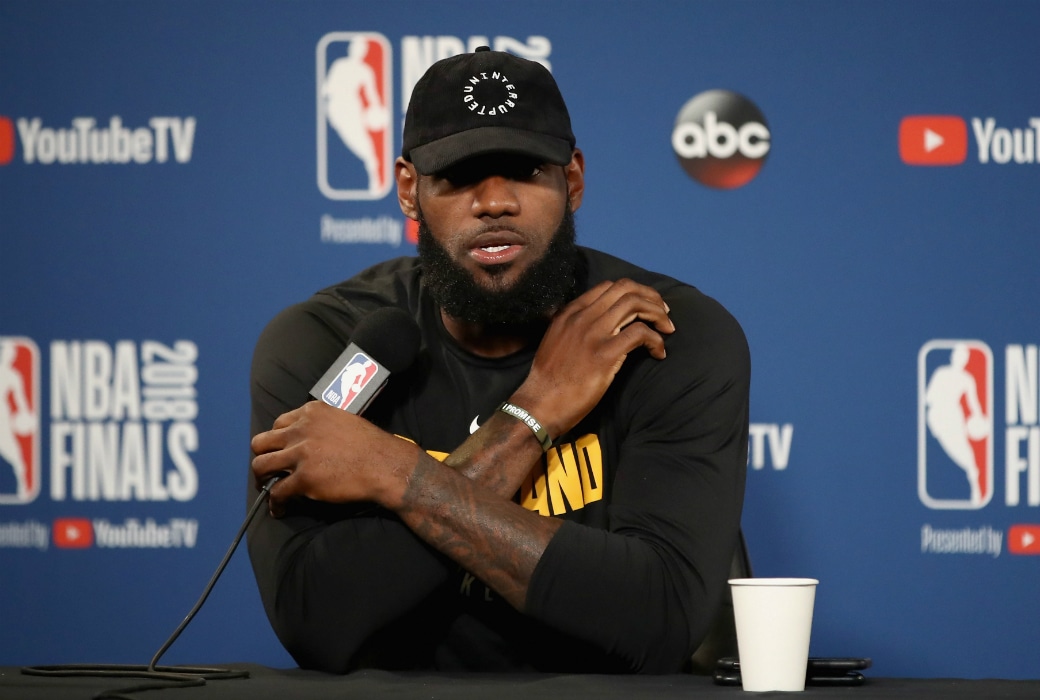 Many followers of the NBA are frustrated to see the same two teams in the Finals — Cleveland and Golden State — for the fourth consecutive year.

LeBron James has a message for these fans, and for the rest of the teams in the League: “If you want to see somebody else in the [Finals], then you gotta beat them.”

“If you want to see somebody else in the [Finals], then you gotta beat them.”

LeBron weighs in on @cavs vs. @warriors for the fourth straight year in the #NBAFinals pic.twitter.com/vHKqQlVIM5

Asked about the Finals rematch, Warriors All-Star Klay Thompson had a similar response, via Daniel Brown of the San Jose Mercury News:

#Warriors and #Cavs again!?? ‘The rest of the NBA has to get better,’ Klay Thompson says. ‘It’s not our fault.’

Game 1 is set for 9pm ET Thursday at Oracle Arena.