LeBron James: ‘Nobody Wants the Invite’ to the White House 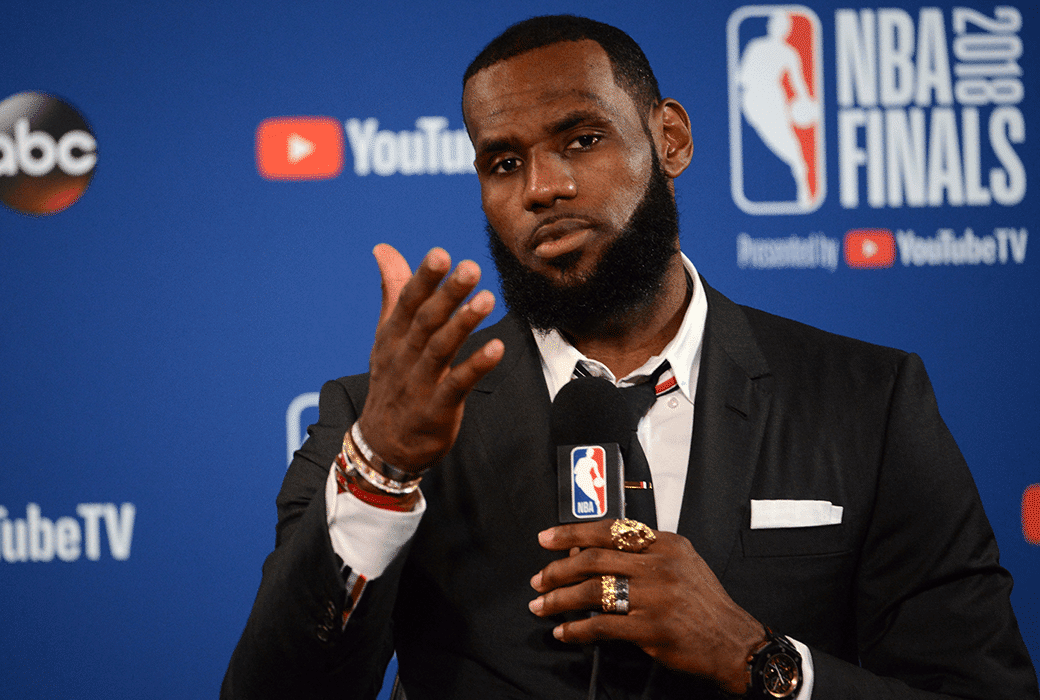 LeBron James was asked about Donald Trump uninviting the Philadelphia Eagles to visit the White House — an annual tradition for the team that wins the Super Bowl — amidst rumors that most of the team already had plans not to attend, and as usual, the King kept it real in his response:

“It’s typical of (Donald Trump). I’m not surprised … I know no matter who wins this series, nobody wants the invite (to the White House) anyways, so it won’t be Golden State or Cleveland going … We have a lot of freedom in our country and guys, men or female, have the right to do what they want to do in a very respectful manner. I think if (the Eagles) decided they don’t want to go, then they have the right.”

LeBron James shares his thoughts on the Philadelphia Eagles being uninvited to the White House.#NBAFinals pic.twitter.com/yeQOwXeMbG

The Golden State Warriors skipped out on visiting the White House last year to spend time with local kids in Washington D.C. instead. Like the Eagles, the Warriors were uninvited after reports came out the team had already voted that they didn’t want to attend.

When asked if he concurs with LeBron, Stephen Curry told media, “I agree with ‘Bron. I’m pretty sure the way we handled things last year, that we’ll stay consistent with that.”

Steph Curry weighs in on the Philadelphia Eagles being uninvited from the White House. pic.twitter.com/PpYVVaWPUO